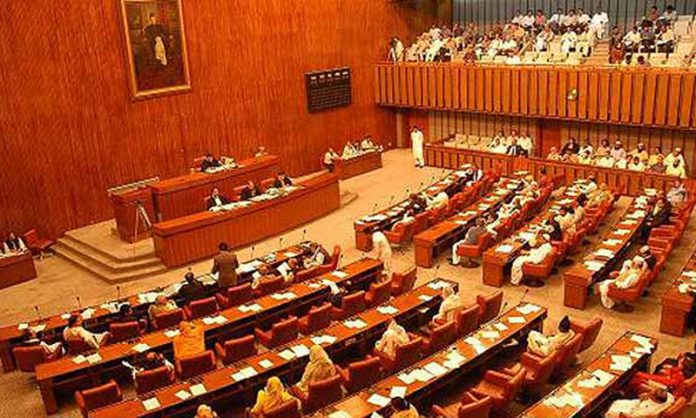 The Senate Standing Committee on Finance on Monday recommended to the government withdrawal of duty and taxes on those goods which will further push up inflation.

The meeting chaired by Senator Talha Mahmood also noted with concern that the Federal Board of Revenue (FBR) had issued notices to 1,500 businessmen demanding undue taxes.

According to a local media report, the committee sought details of these notices by July 15.

Senator Sherry Rehman demanded withdrawal of Rs20 per litre petroleum levy on petroleum products. She further said tax on flour mills industry may cost additional Rs97 on per 20kg bag of flour. The committee unanimously recommended withdrawal of these taxes.

Senator Kauda Babar proposed to increase excise duty by Rs25 per pack of Tier-1 cigarettes, Rs15 on Tier-2 cigarette pack. This will increase an additional FED of Rs50bn for the government exchequer.

Senator Sadia Abbasi proposed reduction of duties and taxes on cosmetics. However, Senator Shibli Faraz said instead of reducing duties on cosmetics, local industry should be promoted.