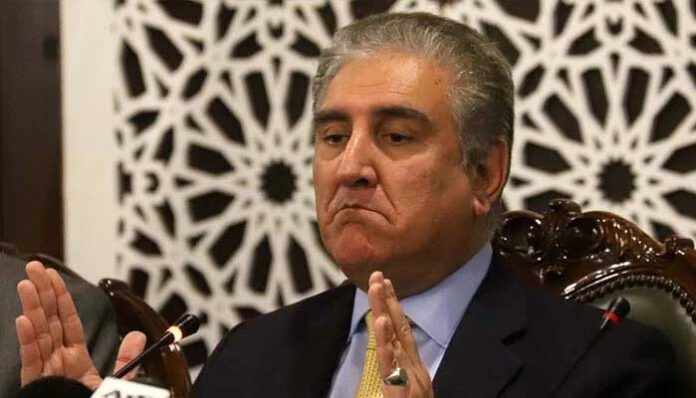 ISLAMABAD: Foreign Minister Shah Mahmood Qureshi Wednesday said that the Financial Action Task Force has no justification to keep Pakistan on its grey list since it has implemented 26 of the 27-point action plan to move out of the list.

In a statement, Qureshi said Pakistan had completed the technical requirements. “We had been given 27 points in the FATF Action Plan, out of which work on 26 has been completed,” he said. “Work was also being carried out to address the remaining item.”

“In this situation, there is no justification to keep Pakistan on the grey list,” he said.

The foreign minister warned the body that India wanted to use the forum for “political purposes” but should not be allowed to do so.

The statement also recalled that Pakistan “inherited” the grey-list status from the previous government of the Pakistan Muslim League-Nawaz (PML-N). However, he said, the government of Prime Minister Imran Khan did its best to get the country out of the list.

Qureshi said the world has acknowledged Pakistan’s efforts in the implementation of the 27-point action plan. The steps taken to meet the criteria included the promulgation of strict regulations to control money laundering, freezing of assets and filing of lawsuits against proscribed organisations.

“Also, the Pakistan-EU joint commission welcomed Islamabad’s progress in the implementation of the parameters,” he said.

His statement coincides with a plenary session of the global terror financing watchdog that began on Monday and will announce Islamabad’s fate on June 25.

“Under the German presidency of Dr Marcus Pleyer, delegates representing 205 members of the Global Network and observer organisations including the International Monetary Fund (IMF), the United Nations and the Egmont Group of Financial Intelligence Units will take part in the virtual meeting of the FATF Plenary,” the body said in a statement.

The agency had placed Pakistan on its grey list of countries with inadequate controls over terrorism financing in 2018, which made foreign firms more cautious about investing in Pakistan.

In its last meeting in February, the watchdog kept Pakistan on the grey list, with FATF President Marcus Pleyer saying Islamabad had made “significant progress” but there remained “serious deficiencies” in mechanisms to plug money laundering and terrorism financing.

Earlier this month, the APG improved Pakistan’s rating on 21 of the 40 technical recommendations of the FATF but retained it on the ‘enhanced follow-up’ list for sufficient outstanding requirements.

However, the second follow-up report on mutual evaluation of Pakistan released by the APG had also downgraded the country on one criterion.

The report had said Pakistan was re-rated to compliant status on five counts and on 15 others to largely compliant and to partially compliant on yet another count.