The proposed amendment to the Sales Tax Act puts undue burden on online marketplaces, and will have larger implications for ‘Digital Pakistan.’ 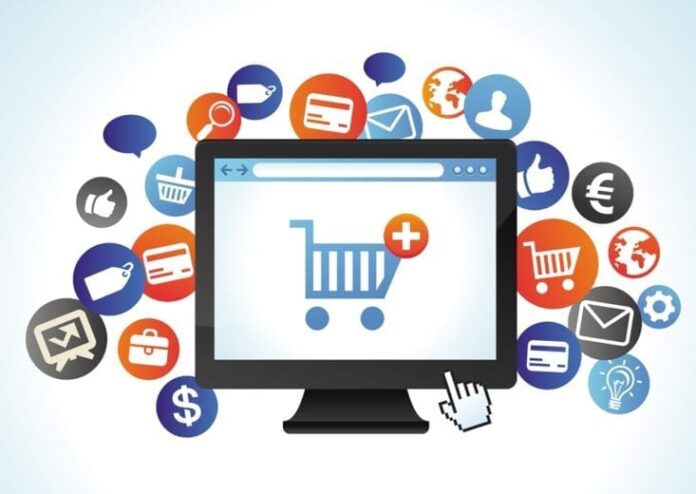 For anyone under a different impression, let us start by making it very clear: online ecommerce platforms are not retailers by any definition of the word. They are service providers. The people that run ecommerce websites provide a platform on which products made by different companies can be sold. These platforms can be all encompassing and list products ranging from televisions to stationary and snacks, or they can be more specific and only sell a certain kind of product like electronics or clothes.

But no matter what kind of ecommerce platform it is, what it is doing essentially is providing a service. This basic difference is unfortunately one that has not been understood by the federal government. In the recently announced and hotly debated budget presented in parliament this month, a change has been proposed to the Sales Tax Act of 1990, which would change the definition of online marketplaces from a “service providing agency” to a “retailer”.

If realized, the amendment would set a dangerous precedent for an industry that has very high potential in Pakistan, but is still very much fledgling. To understand why this is such a problematic proposition, we must first try to understand just how online marketplaces work. An online marketplace, like Daraz for example, simply creates a platform on which different products can be sold. Manufacturers ask Daraz to feature their products, and for every sale made Daraz earns a percentage in commission, while the original manufacturer makes the rest of the money.

Now, when ecommerce websites first burst onto the scene in Pakistan, the government was in a quandary over how they should approach the issue of charging a sales tax, since the online marketplaces were not retailers and were only making commissions. To clear any confusions in this regard, the 2017 Income Tax laws established that ecommerce marketplaces fall under the agent-principal relationship model. In a principal-agent relationship, one entity legally appoints another to act on its behalf. The agent acts on behalf of the principal. So, for example, if Pepsi wants to sell cartons of Lays on Daraz, they will be the principal and Daraz will be the agent. Pepsi will have to pay the sales tax, and the online marketplace will only pay sales tax on the commission they make.

The proposed amendments to the 1990 Sales Tax Act throw all caution to the wind and completely flip this definition on its head. In the proposed amendment, online marketplaces will now be considered retailers instead of service providers. Since they will now be considered retailers, they will also have to pay retail tax at the standard rate of 17% as well. This makes very little sense since the online marketplace does not own any of the products featured on their platform, unlike retailers which actually own the products that they are selling. The entire ecommerce business model has been based on and has thrived because of the agent-principal relationship. If online marketplaces begin to be considered retailers, Pakistan’s ecommerce industry will deviate from the set standards of the global industry.

If the amendment goes through, there will be a number of problems, both to ecommerce businesses and to the many companies that have grown reliant on being able to sell their products through these platforms. A large number of small and medium enterprises and cottage industries depend on ecommerce to sell their products. Higher taxes will increase prices and make it difficult for them to sell online. Then there is the fact that because so many entrepreneurs have based their entire businesses on the ecommerce model, this change will result in a loss of jobs. The ecommerce industry has the potential to create millions of jobs, bring sellers into the documented net, and empower hundreds of thousands of SMEs. This change in definition will prevent this growth

It also has to be remembered that ecommerce platforms have played a huge role in making Pakistanis more comfortable with online transactions and this amendment will have an effect on the government’s plans for a digital Pakistan. The change will also incentivize the smaller sellers to move away from online marketplace platforms since their reimbursements will be net of sales tax withheld. As a result, these sellers will take their business to the undocumented retail economy where such stringent expectations are not present.

And while these are all the issues that will pop up in the economy at large, the amendment also places a very specific and undue burden on ecommerce agents. For starters, the onus of collecting and depositing sales tax (as an output tax) will be placed on the online marketplace industry. This means that the online marketplaces will need to start issuing sales tax invoices on their books for all taxable goods processed through their platforms regardless of whether or not they own them.

And this in addition to the decision that there will be a flat rate of 17% on all sales made through online marketplace platforms is very different from the existing tiered system of sales tax rates for different categories in the normal retail universe. As a result, even the registered sellers will be paying a higher sales tax, which will disincentivize them from selling in a digital & documented channel.

The proposed amendment to the bill to turn online marketplaces is particularly alarming because now is the time to promote these platforms, not to take them down. The budget has some positive developments as well in terms of minimum turnover tax reduction from 0.75% to 0.25%, but the change in definition is of what an online marketplace is changes the rules of the game midway – which is unfair to everyone involved.

We are only to look around us to see how things should be. Some notable industry examples from close-by and developing countries similar to Pakistan include Bangladesh and India. In Bangladesh, they did not have tax implementation for the industry till 2018 and right now it is as low as 7.5%. Meanwhile in India, the government provides you ease to file a lower tax so that the industry can bloom and marketplaces are not responsible for GST.

This is why the government must strongly be urged to reconsider the proposed changes in the Sales Tax Act to ensure that Pakistan remains an attractive country for continued investment in digitalization, for which the online marketplace model is essential.

The author is a freelance writer and a tech enthusiast