If true, the total raised by Airlift will amount to $109.2 million in disclosed funding, making it the most well-funded Pakistan-based startup right now 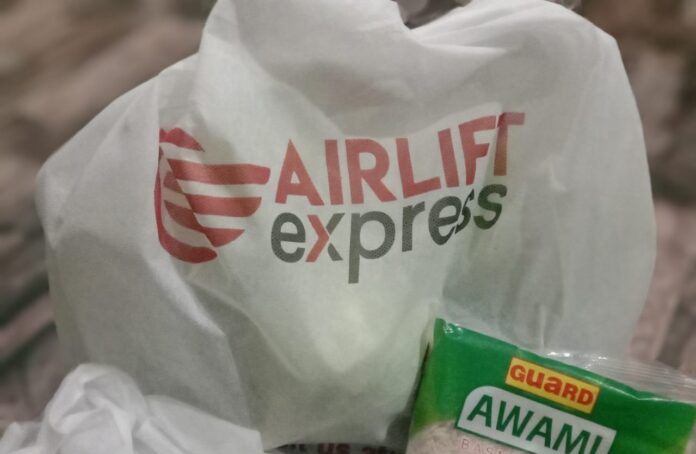 LAHORE: Pakistan’s Airlift Tuesday claimed to have raised $85 million in a Series-B round to scale its grocery delivery platform Airlift Express.

The round was co-led by US-based angel investor Josh Buckley of Buckley Ventures, and British investor Harry Stebbings. Other major participants include executives and co-founders of prominent tech companies.

If true, the Series-B financing could be the largest in the MENA region. Sources, however, claim that the amount raised by Airlift is spread over two Series-B rounds, and the total raised is in the vicinity of $30-40 million, which is less than half the amount that Airlift claims to have raised.

It could be that Airlift planned to raise $85 million and received $30-40 million till now and more could have been committed to the startup. But the team at Airlift has refused to share any documents to verify if their claim was true. Moreover, Airlift also refused to disclose the numbers of monthly grocery orders they deliver to substantiate the strong foundations and success of their grocery delivery business that enabled the startup to raise a mammoth amount at a huge valuation of $275 million.

In an interview with an international media outlet, Airlift has also claimed a valuation of $275 million after its latest funding round. In rupee terms, that implies a valuation of Rs45 billion, which is bigger than the valuation of large publicly listed companies in Pakistan.

It is pertinent to mention that startups have earlier shared their confidential documents with us to prove their claims of funding amounts.

Co-founded by Usman Gul, Ahmed Ayub, Awaab Khaakwany, Meher Farrukh, Muhammad Owais, and Zohaib Ali in 2019, Airlift launched as a mass-transit startup, connecting users with buses at subsidised rates. In March 2020, the transit operations were shut owing to the pandemic and Airlift moved into the grocery delivery business with $10 million in funding, under the brand name Airlift Express. The core transit operations still remain shelved.

In its press release, Airlift said that they operated in eight Pakistani cities that they expanded into in a matter of a little over a year for grocery delivery operations, and after the new round of funding, they are eyeing international expansion.

Airlift moved into grocery delivery last year with $10 million in Series-A1 round. It has earlier raised $2.2 million in seed round and $12 million in Series-A round for its transit operations. If the $85 million claims are true, the total raised by the startup will amount to $109.2 million in disclosed funding, making it the most well-funded Pakistan-based startup right now.

The Series-B round of Airlift comes during a momentous year, with a record $120 million raised by Pakistani startups during the first six months of the year. Within the grocery delivery space, Airlift’s competitor GrocerApp announced a $5.2 million funding in a Series-A round. Another e-Grocer, 24seven.pk also raised an undisclosed amount.