The extension round brings the cumulative total raised to $4.5mn 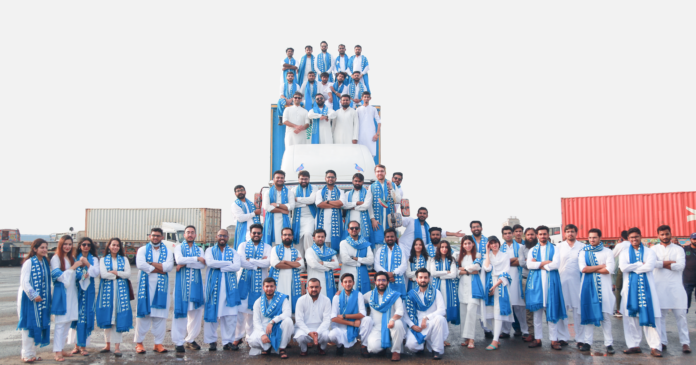 KARACHI: Karachi-based Truck It In has claimed to raise a $3 million extension to its pre-seed round, taking the cumulative raise to over $4.5 million.

The truck-booking startup earlier raised $1.5 million in pre-seed in April this year. If true, the cumulative raise would be the largest round for this stage in the trucking space.

The extended round was led by Global Founders Capital and Fatima Gobi Ventures again, reposing their confidence in the team and the opportunity.

Founded late in 2020 by Muhammad Sarmad Farooq, Raza Afzal, and Haider Navid, Truck It In is focused on streamlining road freight for more than three million businesses in Pakistan. In a primarily offline market, truck freight is a highly fragmented industry with solo truckers relying on brokers or big contractors for the supply of loads against arbitrary commissions.

Truck It In provides an app-based connectivity solution whereby solo truckers can secure loads directly from corporations and haul them within the country. Corporations also have an online platform that allows them to schedule loads for delivery in a streamlined manner with transparent pricing, thereby increasing efficiency.

Truck It In co-founder and CEO Sarmad Farooq told Profit that the need for pre-seed round extension arose because of an encouraging response from the market that made the need for new funds imminent. “We analyzed that we could scale faster with more funds because of the massive opportunity in Pakistan,” he adds.

According to a statement from the company, the extension will power the national expansion of Truck It In as it aspires to become the largest trucking platform in Pakistan. Truck It In has operations in six major cities of Pakistan including Karachi, Lahore, Islamabad, and Faisalabad, and according to the startup CEO, the plan is to further consolidate presence locally.

Truck It In will further utilize the funds to expand its services and product features to help it scale to a bigger level.

The startup says it has partnered with strategic investors who are helping Truck It In tap into local supply chains and also helping leverage their regional connections for the next growth phase.

“We’re at the very early stages of transforming a critical industry and aim to help over three million businesses save $1 billion annually in supply chain inefficiencies. Our long-term aim is to streamline and digitise the logistics sector to create a ripple effect across the economy,” said Sarmad.

“In only a few months since launch, we have seen an overwhelming market response to Truck It In’s offering,“ said Tito Costa, partner at Global Founders Capital. “We are honored to increase our commitment and support the team as they scale even faster to capture this opportunity in Pakistan.”

Fatima Gobi Ventures’ General Partner Ali Mukhtar, commenting on the follow-on investment, said “Our thesis has been well-placed in Truck It In’s team to streamline Pakistan’s legacy trucking sector and drive rapid growth in the business. We are confident in their ability to further scale across Pakistan and beyond.”

Truck It In’s prime competitors include Karachi-based TruckSher and Trukkr, Egypt-based Trella which expanded into Pakistan in November last year, and Lahore-based Freightix. While Trella raised $42 million in Series-A round in June this year for operations in Egypt, Saudi Arabia, and Pakistan, Truck It In is by far the most well-funded Pakistan-only trucking startup, followed by Freightix which raised $2.2 million in 2019.

On the other hand, Trukkr raised $600,000 in seed funding in July this year, whereas TruckSher raised an undisclosed amount in seed funding from Sarmayacar, a Lahore-based venture capital firm, in May this year.