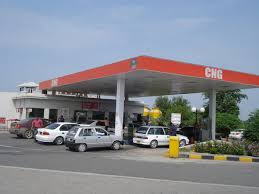 SNGPL, in a memorandum dated 10th September 2021, has announced a gas load management plan due to the re-deployment of Floating Storage Gas Re-gasification Unit (FSRU) Exquisite after dry dock.

‘It is to inform that regasification from EETPL (Terminal-1) shall be disrupted during the period from 13th September 2021 to 15th September 2021 due to re-deployment of FSRU Exquisite after dry dock.

To manage the gas load during the said period, the SNGPL has advised all the regions (Punjab & Khyber Pakhtunkhwa) to ensure suspension of gas/Re-gasified Liquefied Natural Gas (RLNG) supply to CNG, cement and general industry & its power plants (non-export) sectors across the franchised area of SNGPL (including Punjab & KPK). Furthermore, 10 per cent gas/RLNG allocation to the process industry may be allowed during this period as per past practices, said SNGPL memorandum.

According to sources, this will be the second gas crisis to emerge in the summer season in the history of the country. They said that the gas crisis was because a new terminal (FSRU) of a private LNG terminal was not utilized and gas supply will be restored once the old terminal is back after the necessary dry dock. They said the meeting with the National Accountability chairman of the federal minister for energy Hammad Azhar along with Secretary Petroleum has remained in vain as issues about the use of the additional capacity of 330 million cubic feet of gas by a private LNG terminal could not be solved. Since the Energy Ministry so far has failed to utilize the additional capacity of the two LNG terminals, it is feared that the country would face a gas crisis during the upcoming winter season, said sources.

It is pertinent to mention that two state-owned companies-SNGPL & Sui Southern Gas Company Limited (SSGCL) completely suspended gas supply till July 5, 2021, to industries and CNG stations following a decline in gas availability, low pressure in the system and dry docking of the LNG terminal.

CNG stations in Sindh were to open from June 28 after the closure on June 22, but Sui Southern Gas Company Limited (SSGCL) stopped supplies to them till July 5 given the lingering shortfall of 160mmcfd due to the annual turnaround of Kunnar Pasakhi Deep (KPD) gas field, causing a decline in gas availability and resulting in depletion of line pack and low pressure in the system.