An interesting concept, PakLaunch’s conference of entrepreneurs left a lot else to be desired 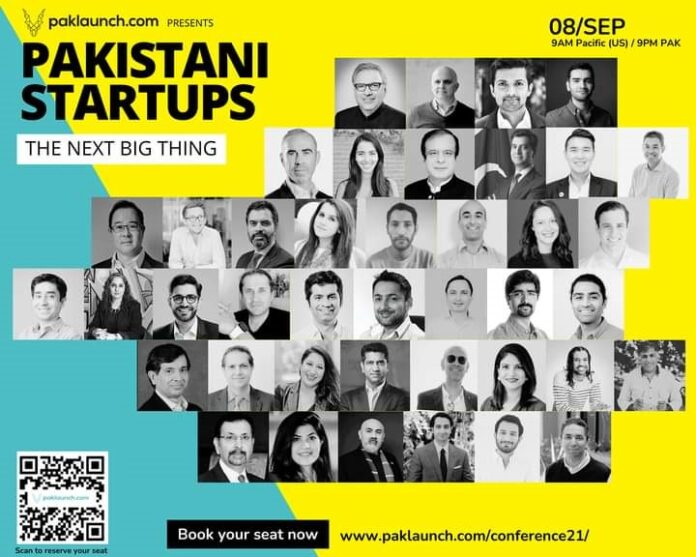 If you have recently attended PakLaunch’s inaugural conference on startups online and were amazed by potential Pakistan’s startups hold, I can tell you with certainty that the event looked ‘rigged’ to make few names from Pakistan’s startups shine above others and one investor, in particular, made look bigger.

Because there was so much amiss, which I discuss below, the event failed to live up to many people’s expectations. I attended Nest I/O’s 021Disrupt last year and it did a phenomenal job at highlighting Pakistan’s tech scene from various angles, was more inclusive, and, therefore, gives a standard to compare with and call out when and where it goes below.

The conference included a welcome note by the president, panel discussions, investors who have invested in Pakistan and their experience with Pakistan’s startups, and heads of the Ministry of Science and Technology, the State Bank, the Pakistan Stock Exchange, and Special Technology Zones Authority.

It was encouraging to hear from international investors who had invested in Pakistan, reposing their trust in Pakistani tech founders and teams, and how tech in Pakistan had grown better than how it had grown in other emerging markets like Indonesia during a similar time period.

But while the conference had encouraging remarks from these investors and the government office bearers sharing the initiatives they were taking to support startups, there was much amiss which could have added more value to the subject matter of the conference and could have showcased the Pakistani tech scene better globally.

The agenda of the conference primarily highlighted one particular investor and its portfolio companies. Most of the investors that were invited to present their experience of investing in Pakistan had invested in one of the two startups Indus Valley Capital had invested in.

And as I came to know from one company that I was able to speak with, they did not even receive an invite for the PakLaunch conference, while members from Bazaar and Airlift, and another portfolio company of the same investor, Aimfit, were part of a panel discussion.

Then the agenda of the conference floated before the actual conference date was reshuffled, perhaps by design. As I have come to know, the event was pre-recorded and the agenda was reshuffled to achieve some vested desired effect to glorify few startups. Sure, it still goes and looks good to international investors, that Pakistan is the next big destination for investing in startups, but controlling narrative through such events is eventually going to go bust.

The startups that got the limelight are big. They are big because they have raised big rounds but raising big rounds could also be strategic errors at times. So media hype can be distorted; reality can be quite different.

While Aatif Awan of Indus Valley Capital got to be the first speaker for the event, other local investors that participated in the conference, like 47 Ventures, Sarmayacar and i2i Ventures, were 4th on the list on the agenda of the event but appeared 7th in line for their panel discussion. By the time these investors were in front of the audience, viewership of the event had fallen to a few hundreds of viewers, from 2,000 in the beginning.

That apart, Pakistan’s angel investors community could have been included to get their perspective on why international investors should consider Pakistan as the next big thing.

Abhi Finance, KTrade, SadaPay, PostEx, Edkasa all have raised good amounts also and are solving interesting problems. Rider, Trax and Swyft Logistics are challenging the decades-old seth-run logistics companies. COLABS is running a community of startups and houses many exciting startups and teams. BNPL startups have also entered the foray. Including new startups could have presented Pakistani startups as a more compelling proposition for international investors.

More importantly, the conference, while it was themed on showcasing startups to international investors, did not have any new startups that were looking for funding, to present their ideas to these investors through short pitches. Investors could have gotten to know about new ideas taking shape in Pakistan and then interested investors could have gotten in touch with the PakLaunch management to connect them with these startups.

The Securities and Exchange Commission of Pakistan (SECP) which is the companies regulator in Pakistan, was also visibly missing to inform the global audience of the sort of measure SECP was undertaking to support entrepreneurship in Pakistan. It could also have candidly talked about the problems and their seriousness to solve these problems.

The conference looked more like the tech story of a few, that only a few startups and their founders were the next big thing, which is not how Pakistani tech story should be told. It should be more inclusive for it to be told the right way.