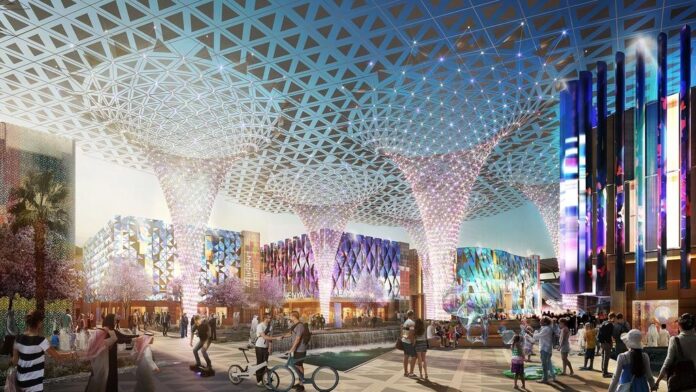 PESHAWAR: The Khyber Pakhtunkhwa government will participate in the Dubai International Expo in the United Arab Emirates (UAE) with the aim to attract foreign investment to the province.

In this regard, a meeting on the arrangements and preparations for participation in the expo was held under the chairmanship of Khyber Pakhtunkhwa (KP) CM Mahmood Khan, here on Tuesday. Additional Chief Secretary Shahab Ali Shah, Principal Secretary to CM Amjad Ali Khan, Secretary Industry Humayun Khan, Director General Culture and Tourism Authority Kamran Afridi, Chief Executive Officer KP Board of Investment and Trade Hassan Dawood and other concerned officials attended the meeting.

The meeting was also briefed about the proposed activities in the expo and other related matters. It was told that important proposed projects including tourism, agriculture, industry, minerals, energy, infrastructure and information technology sector projects of the provincial government will be presented in the expo to attract foreign investment for their execution.

In order to showcase the culture and local products of the province at the international level, items related to the KP’s cultural heritage and archeology as well as local products will also be featured in the expo.

According to the initial tentative schedule, the KP Pavilion will be set up on January 1, 2022, and various products including leather, textile, handicraft, cottage and other products will be exhibited.

The meeting was further informed that a strategy for business-to-business (B2B) model has also been formulated in which private sector projects through which representative organisations of industrialists would be showcased.

It was decided that the Khyber Pakhtunkhwa Board of Investment and Trade (KPBIT) would take the lead with regard to arrangements for the province’s participation in the expo. The relevant departments were directed to finalise all their proposed projects to be showcased by October 15 this year.