Ban on export of onions opposed

PFVA criticises govt for being ignorant about tomato 'export' 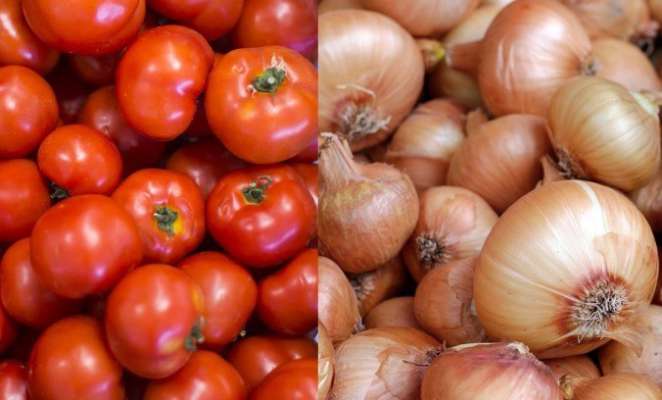 ISLAMABAD: All Pakistan Fruit and Vegetable Exporters, Importers and Merchants Association (PFVA) has opposed the proposed ban on export of onion besides expressing surprise at the government’s intention to ban the ‘export’ of tomatoes.

“Astonishing to note that the government is considering banning the export of tomatoes. It seems that the concerned Ministry has been misinformed as tomato is not exported from Pakistan because of two reasons,” the association said, adding that the quality and other specifications of Pakistani tomato do not conform to the demand of the international market and on the other hand, the country barely manages to produce enough tomatoes to take care of its domestic consumption while it has often resorted to import in the past to meet local demand.

To recall, the direction was given by Finance Minister Shaukat Tarin during a recent meeting of the National Price Monitoring Committee (NPMC), after a brief from the Ministry of Commerce and Ministry of National Food Security and Research (NFS&R).

It may be even worth mentioning here that due to insufficient production of tomato, value-added units for manufacturing tomato paste cannot attain the target of exporting this value-added product.

The association also criticised banning the export of onions. It said that there was relatively a big gap in harvesting of onion in Sindh and Balochistan last year due to unfavorable climatic conditions leading to an imbalance in demand and supply phenomena, thus resulting in shortage and sharp escalation in price affecting people.

Unfortunately, growers of Sindh, desperate with the situation of a longer gap have started harvesting prematurely to take advantage of high price and exports during this time. The export of poor quality onions may create a bad impression about the country’s product in international markets tarnishing the country’s image, the statement explained.

“The association, keeping these facts in view, took timely initiatives and suspended export of onion for 15 days. This decision paid anticipated dividends leading to reduction in price and improvement in quality,” it added.

According to the horticulture exporters, the harvesting gap in Sindh and Balochistan is quite narrow this year and the country has a strong healthy bumper crop and thus the supply is expected to far exceed demand leading to stabilisation in prices in the local markets and ensuring good quality be available for export.

In Sindh, harvesting of onion started a few days ago and full swing of production is expected in the next 15 days.

“We strongly anticipate that keeping these facts in view, the likely ban on onion export would be reconsidered in the supreme interest of the country as well as growers. If this logical suggestion is not given a serious thought, this would create an alarming situation for the growers as well for the country. The growers unable to get reasonable price of crop would get demotivated and either will not grow onion next year or may switch over to some other crops which would lead to shortage of Onion and the country having no other option would import onion by spending valuable foreign exchange to meet requirement of common men,” it said.

Furthermore, in a letter sent by PFVA to Advisor to Prime Minister on commerce Abdul Razak Dawood, the PFVA said despite being an important stakeholder it was not involved in the initial stage to get its input on the matter. PFVA is kept away from the “consultative process” on such an important decision-making process by the federal government. The input from PFVA can always assist in making realistic decisions on such national issues and the growers, as well as, exporters can be kept motivated and in high esteem for attainment of exports target of the country, the letter said.