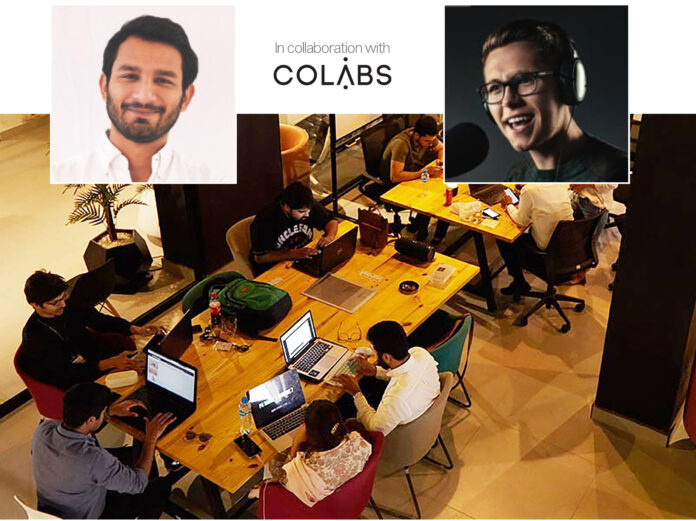 Pakistan is primed to be the next big tech destination. This statement has had its doubters; it has been analysed, dissected and repeated to an annoying extent yet none of that has exhausted the belief that it is true. While there might be a number of hair raising events going on in the country, the budding of a startup ecosystem and the front-and-center role that tech has had in it, has been a glowing takeaway.

Pakistan’s startup funding has reached $276 million so far this year, with the last quarter still to go. This massive highlight is undoubtedly a source of joy. Many new startups in different sectors have popped up. The hot ones are grocery delivery startups, financial tech startups and trucking marketplaces.

Profit has been keenly following the process as it gathers momentum, takes ugly turns, makes inroads, and keeps us all watching to see what comes next. Here are four tech takeaways from Pakistan’s startup ecosystem.

Both types have a unique mindset. Our interaction with local co-founders revealed that they are cautious, with deeply ingrained notions about how the Pakistani society operates and how things work here. It is only the local market that they believe will allow them to grow at a certain speed, which money alone won’t be able to change at present. Foreign founders on the other hand, have exhibited optimism of being able to steer the market in their preferred direction, even if it comes at the expense of burning through cash.

However, we are still far from judging who is right and who is not.

An investor to look forward to

A few days ago, Profit interacted with an investor eager to launch a fund in Pakistan. Our initial perception was that they would be your run-of-the-mill kind, where the face of the fund is really just one guy; this one, however, is different.

This is your serious, professional US-based investor who wants to launch a massive fund in local startups. Like one of the big ones out there who invest in Pakistan from offices abroad and no operations or partnerships here with locals because Pakistan is still unworthy of their physical presence. Big ticket size investors looking to pump money in Pakistan’s startups, but not like the ones who would rush to invest if they see others doing so. This one aims to be the one who sets a standard; when this investor invests, others will follow.

The future is co-working

So, lets say you are someone coming back to Pakistan, say from Singapore or the US, to start your own startup and need quick access to people who know tech, or perhaps you are an investor looking to have a first hand experience of what tech in Pakistan looks like, COLABS could perhaps be your first destination.

Why do we say this? Because the investor we met and got to know about just recently was at COLABS. The meeting was through an introduction which is precisely what makes COLABS a great place for the tech community. Here you will be able to find people who can introduce and hook you up with those who are familiar with the ins and outs of the local tech scene, people who in-the-know.

The co-working space houses a smattering of startups and aims to become a full-fledged community of the same. If you wish to hire tech professionals, COLABS plans to have those. If you want to outsource work, you can find partners here, and if you are expanding your startup to other locations in the country, well COLABS has expanded to another city already.

Co-working makes perfect sense if one is going by the startup playbook. As commercial spaces continue to get expensive by the day and startups have to be conservative with their expenditures, co-working is clearly the future for tech.

Harry Stebbings has a lesson in PR for your startup

Announcements need to matter! This is plainly what the 24-year-old British podcast host and investor Harry Stebbings has to tell startups. Harry Stebbings is an investor in Pakistan’s grocery delivery startup Airlift and freight marketplace BridgeLinx.

Everything is not news and if it is news, it needs to be told in a certain way for it to really matter. This is precisely what Harry wants to convey to startups.

“It is staggering to me how few founders think through the press release & funding round announcement strategically. Journalists will not just care. You have to sell it to them. You have to have an angle. Existing relationships convert better. Cultivate them pre news,” wrote Harry in a recent Tweet.

Our own interaction with startups has had us feel that startups are shy of responding to questions which can actually help them bring clarity to their news releases. The idea is to get the news out to achieve a certain effect, which can not be achieved if startups choose to withdraw into their shells when they are asked a question. In our recent interaction with a startup, the startup founder was visibly uncomfortable when he was asked a question that would have brought clarity to their own news announcement and have cleared thoughts in many people’s minds about a few things.

This article is published in collaboration with COLABS.