Helmed by former Careem and Swvl executives, the startup plans to expand its operations beyond Lahore, and lay foundations for launching credit service for farmers 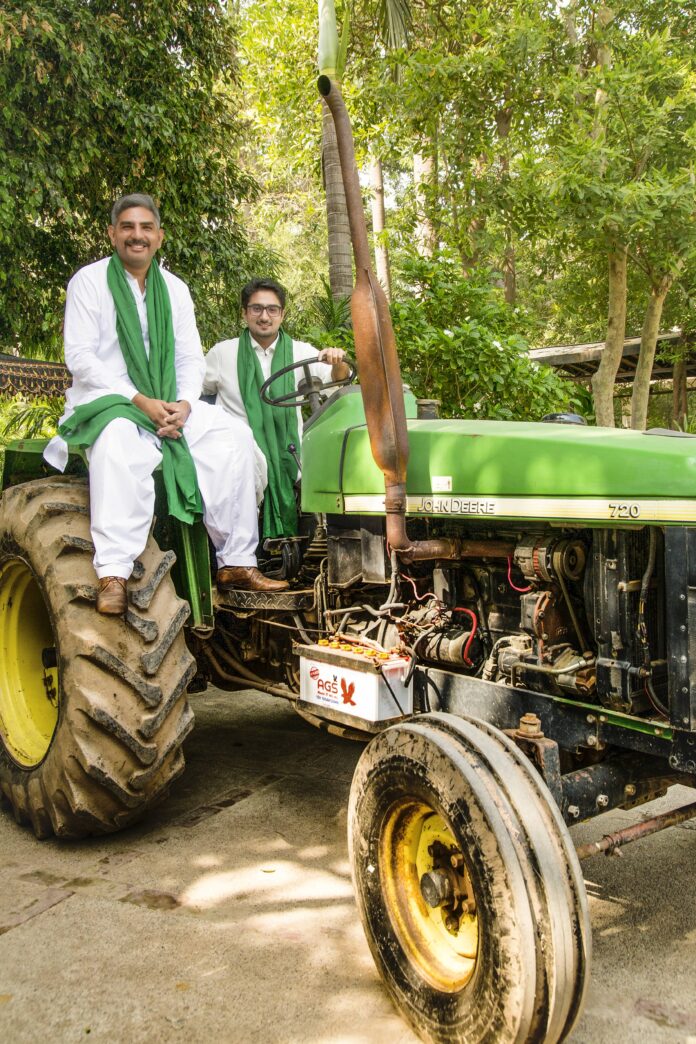 LAHORE: Tazah, a B2B agritech marketplace connecting farmers directly with retail fruit and vegetable sellers, has announced raising $2 million in pre-seed funding to fix the broken and inefficient agri supply chain which increases prices of fruits and vegetables and leads to post-harvest wastage.

According to a statement from the company, the round was oversubscribed and saw participation from local business groups including Mezan Foods and notable angels including senior executives in Careem and Swvl among others.

The problems Tazah is gunning to solve

In a primarily offline farmer to retailer agri supply chain, fresh produce such as fruits and vegetables from farms are sold by farmers to middlemen, who then sell it to wholesalers. Individual retailers buy from wholesalers at a price inflated because of the margins earned by the two actors: middlemen and wholesalers.

From our own research on the agri supply chain, staple vegetables are produced and sold by the farmer at a very low price, whereas for the end consumer, let’s say in Lahore, the purchase price is inflated by several multiples. Onions for example are sold by the farmer to middlemen roughly at a price of Rs4-6 per kilogramme. The end retailer sells it to customers at around Rs30-40 per kilogramme, which is an increase of 8-10 times.

Tazah, the B2B marketplace, aims to solve these problems by connecting farmers directly with fruit and vegetable retailers, eliminating the traditional middlemen and wholesalers. In turn, the prices at which retailers are able to buy from farmers are better.

“Tazah buys from the farmer and sells directly to businesses, thereby reducing the dependency of farmers on traditional middlemen. On the retailer end, he is able to buy at a better price through Tazah, and we also deliver the fruits and vegetables to these retailers,” says Abrar Bajwa, co-founder at Tazah.

Both Abrar and Mohsin have first-hand knowledge of how agriculture operates in Pakistan, and have seen the need and opportunity to disrupt the agri supply chain by bringing in a fresh perspective.

“The agriculture and food supply chain in Pakistan represents a $60 billion opportunity but is extremely inefficient and unrewarding for its key stakeholders – farmers and businesses that sell and consume fresh produce. The extreme fragmentation of both supply and demand, geographical dispersion, and perishability of the product creates information and power asymmetries leading to poor outcomes for producers, businesses, and consumers.

According to a report by the Asian Development Bank, Pakistan’s post-harvest losses are 30-40 per cent. It means that 30-40 of the harvest is lost at various stages after it is harvested. According to the report, around 10-12 per cent of the post-harvest losses occur during the transportation of these products. The supply chain inefficiencies which result in these food wastages cause food price inflation, which results in consumers spending a bulk of their income on food.

On a macro level, this has a great impact, and if such losses can be averted at various levels, the impact is going to be more pronounced on prices. And Tazah is helping avert these losses at the storage and logistics level by building a parallel supply chain that they say is more efficient and streamlined. Currently, the startup has customised storage facilities and uses third-party logistics to make deliveries.

At the time the farmer sells his produce to middlemen, the middlemen pay for the crop according to his own recovery cycle, creating cash flow issues for the farmers which hampers his ability to grow. Middlemen make payments in advance to the farmers but charge interest on such payments. On the other hand, predatory loan sharks farmers can reach out to for short-term financing needs also charge arbitrary interest rates, which add up to the long-term debt for farmers.

Most of the agriculture in Pakistan is cash-based and undocumented, which keeps formal financial institutions like banks from lending to farmers. With these problems in mind, Tazah plans to move towards lending for these farmers in a more organised manner.

The visibility on the transactions of farmers and retailers will provide Tazah solid data points to assess the creditworthiness of these stakeholders and provide them lending services.

“By adding financing solutions in the near future, Tazah aims to be at the center of farmers’ and businesses’ lives where they perform most of their financial transactions on the Tazah platform. At scale, the Tazah’s B2B marketplace will reduce food prices and wastage, improve access to fresh products for everyone and lead to the social uplift of farmers,” the statement from the company read.

Within two months of commencing operations in Lahore, Tazah says that it has already amassed close to 300 small and medium fruit and vegetable sellers moving several truckloads of produce daily. Taazah’s plan with the funding involves consolidating its position in Pakistan’s second-largest city, Lahore, while simultaneously expanding into two other cities.

The startup also said that they were improving their technology for a better experience for the stakeholders, and the plan is to add more products on the marketplace; Tazah currently buys and sells six products on the platform and plans to include more after the recent funding.

As I have learned, startups in this space have only headed south trying to digitise the agri supply chain using technology. Karachi-based Mandi Express, which used to deliver fruits and vegetables to end consumers, has shut operations. This naturally posits that though going looks good so far for Tazah, it is going to face some serious challenges while scaling. And if Tazah is able to scale, it would be able to affect prices at the consumer level.

Right now, even if Tazah is able to sell to retailers at a lower price, the overall market is largely offline and the decrease in prices through Tazah would not be visible enough to cause an overall decrease in prices of fruits and vegetables. It is only going to come with scale, and Abrar told Profit that they are poised to grow in that direction.

“We are excited to partner with the Tazah team in their mission to transform the Pakistani agricultural supply chain,” said Tito Costa, partner at Global Founders Capital. “Tazah’s platform will unlock savings and create opportunities for both farmers and small businesses by cutting out current inefficiencies and waste.”

“Abrar and Mohsin have the right mix of scaling experience and vigor to tackle the asymmetric pricing problem in the fresh produce value chain. Tazah will empower farmers, retailers, and consumers with fairer price discovery,” said Faisal Aftab, co-founder and managing partner at Zayn Capital.