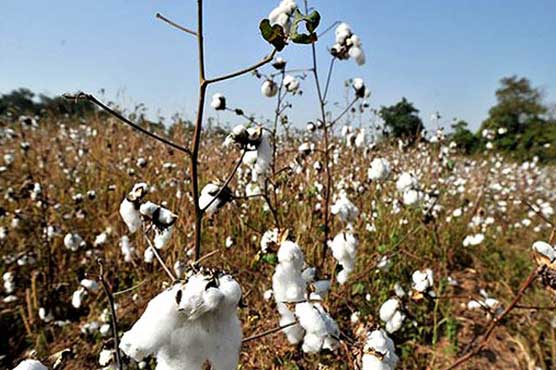 ISLAMABAD: Pakistan’s gross domestic product (GDP) growth will rise past 5 per cent in the current fiscal year, supported by higher output of cotton, which is a key non-food crop of the country, predicted the All Pakistan Textile Mills Association (APTMA).

“Cotton arrivals from farms are up by 100pc to 3.8 million bales,” the association said in a statement on Tuesday, adding that it would help the country to exceed 5pc GDP growth as well as increase exports.

By October 1, over 3.846 million bales of cotton had arrived in local markets as compared to 1.907 million bales by the same time in the previous year.

“Around 100 new textile mills will be established in the country under the new textile policy, which will help in raising exports by over $20 billion,” an official of the association said.

The new units would help attract foreign investment of over $5 billion as well as provide more than 500,000 jobs to the local people, the official added.

In July-August 2021, textile exports increased by 28.68pc to $2.93 billion as against exports of $2.28 billion in the same period of previous year, according to recent data of the Pakistan Bureau of Statistics (PBS).

In August 2021, the textile exports rose by 45.19pc as compared to the same month of previous year.

Meanwhile, a bullish trend again gripped the cotton market as white lint rate hit Rs14,500 per maund for the third time during the current season.

A report by Dawn quoted brokers saying that the main reason behind the hike in local white lint rate is reports that cotton futures in the New York market are trading at their highest price in a decade.

New York cotton futures traded at $1.07 on Monday, sending a panic wave among the textile industry relying heavily on imported lint after failure of the local crop year after year.

It is expected that local cotton rates are likely to go further up in line with the surge in New York future prices amid heavy buying by China.

It it pertinent to mention here that Pakistan imports cotton from the US, Brazil, Argentina, Australia, South Africa and Central Asian States to meet requirements of its textile industry.