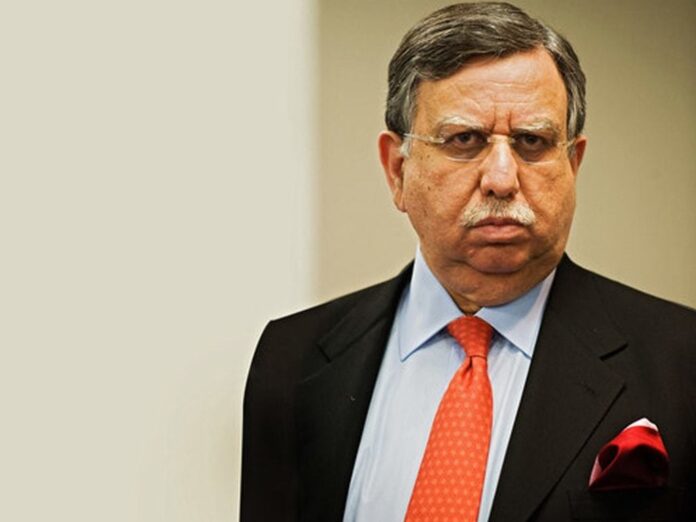 LAHORE: The federal government Monday appointed Shaukat Tarin as Advisor to the Prime Minister on Finance and Revenue after his six-month constitutional tenure as the country’s finance minister expired on October 15.

A notification issued by the Cabinet Division in this regard stated: “The president, on the advice of the prime minister, has been pleased to appoint, with immediate effect, Shaukat Fayyaz Ahmed Tarin as Adviser to the Prime Minister on Finance and Revenue, with the status of federal minister.”

It may be recalled that Tarin had been appointed as finance minister by Prime Minister Imran Khan in a federal cabinet reshuffle, replacing Hammad Azhar — only a few weeks after he was given the portfolio.

As the finance minister’s six-month term ends, as per law, Tarin will not be able to chair the Economic Coordination Committee (ECC) and other cabinet committees. However, he will get the finance ministry portfolio back after being elected as a senator.

Last year, the IHC had ruled that unelected advisers and special assistants could not head government committees.

A report by Dawn has claimed that the government would announce its plan for election of Tarin from Punjab against Senator Ishaq Dar’s seat, which has remained vacant in the absence of the PML-N’s former finance minister, who has not taken oath because of his self-exile in the UK.

In case Tarin is not elected on Dar’s seat due to a stay order by the court, the government has already made preparations to get a Senate seat vacated from KP for his election because of some uncertainties. The senator vacating the seat from KP would be compensated through some other political adjustment.