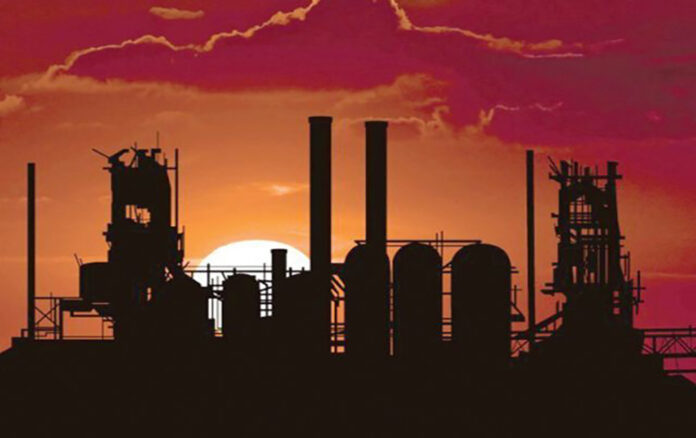 ISLAMABAD: Overall production of petroleum commodities has witnessed an increase of 2.35 per cent during the first two months of current financial year 2021-22 (2MFY22) as compared to corresponding period of fiscal year (2MFY21).

Petroleum, Oil and Lubricants (POL) products that showed positive growth include jet fuel oil the production of which increased by 14.40 per cent during the period under review, Pakistan Bureau of Statistics (PBS) reported.

However, the production of kerosene oil decreased by 1.06 per cent, high speed diesel (HSD) by 1.25 per cent, diesel oil NOS by 16.25 per cent, furnace oil 7.84 per cent and jute batching oil 41.61 per cent during the period under review.

On year-on-year (YOY) basis, the production of POL products witnessed an increase of 8.83 per cent during August 2021 as compared to the output of August 2020.

It is pertinent to mention here that the overall output of Large Scale Manufacturing Industries (LSMI) in the country during 2MFY22 witnessed a positive growth of 7.26 as compared to the output of the corresponding months of last year.