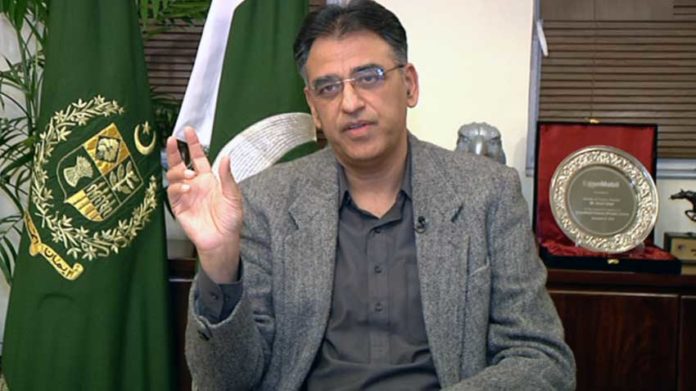 ISLAMABAD: As the rising oil prices and devaluation of currency are adding to the woes of inflation-hit people, the government sees no immediate relief but claims people may expect improvement after five months.

Planning and Development Minister Asad Umar, while addressing a press conference on Monday ruled out “immediate relief” in rising commodity prices, saying it could take at least five months for the “abnormal increase” in global prices to head towards normalcy.

Citing the international market prices as the reason for the inflation in Pakistan, the minister said this spell was not expected to subside before March 2022.

“We hope people get relief soon, but, according to experts, the relief may not be visible immediately and actual improvement may be seen from March,” Umar told a press conference in Islamabad.

Umar said once international commodity prices stabilised and the trend headed towards normalisation, “the government will then be responsible to pass on that relief to the masses.”

He said most experts had predicted a decline in commodity prices from March, while a few felt the reduction in prices could take as long as June to take effect.

While stressing that the world is going through an “extraordinary” situation in terms of commodity prices, he said the rates of basic commodities were still lower in Pakistan compared to the rest of the world.

The minister, however, admitted that purchasing power of people had been directly affected in Pakistan in view of soaring inflation in recent months.

“The government is now set to roll out targeted subsidies to the masses and this is the best time to take this measure,” Umar said.

He said the prime minister would unveil details of the subsidy programme in the next few days, and subsequently, after a month, people would start getting some relief.

He stressed that economies all over the world were shrinking due to which the “production and supply of essential items had been adversely affected and in some cases, was paralysed”.

He said economies had reopened after the pandemic with limited availability of products in the market which had resulted in rising prices all over the world.

“This is the reason, not just Pakistan faced an increase in prices, it happened across the world,” Umar said.

The planning minister recalled that the government took measures during the Covid-19 lockdown in 2020 and it opened industries in the first phase to keep the economic cycle going.

He said the prices of crude oil, urea and sugar had drastically increased in the international market and Pakistan was feeling its impact.

The minister said Prime Minister Imran Khan had already provided maximum relief in terms of taxes on the petroleum products and henceforth there would be little room in this regard.

Asad Umar added that under Ehsaas programme, the government was providing relief of over Rs260 billion compared to Rs121 billion in 2018.

Replying to a question, the minister said the Prime Minister did not wait for the International Monetary Fund (IMF) programme and initiated reforms in key sectors even before the programme.

Replying to another question, he said the incumbent government had taken actions against various mafias and cartels, however he regretted that since the cases were pending in court so the government was helpless in punishing the culprits till the conclusion of the case.

When asked why the present IMF programme was very strict and inflexible, the minister explained that due to the worst economic policies of the previous government, macroeconomic sectors needed drastic reforms therefore the IMF was very strict.

He said the previous government had thrown US $ 8-10 billion in the market only to maintain the exchange rates that resulted in plunging of foreign exchange reserves and surge of current account deficit to as high as $20 billion.