After signing the PTA, talks on an FTA to increase trade volume between the two countries also expected 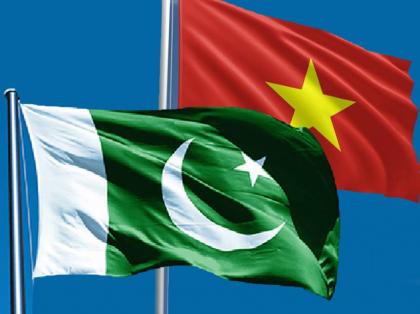 ISLAMABAD: Vietnam’s Ambassador to Pakistan Nguyen Tien Phong on Wednesday said that talks on further progress on the proposed Preferential Trade Agreement (PTA) between Pakistan and Vietnam are likely to take place in mid-November.

“The bilateral talks on the proposed PTA are expected to be held under the framework of the upcoming 5th Vietnam – Pakistan Subcommittee on Trade,” he said.

In the meeting, both sides will discuss two top agendas of bilateral trade and investment; the PTA and the agreement on investment promotion protection.

The ambassador said that the fifth round of talks under the trade subcommittee will also discuss other issues of bilateral trade and investment cooperation between the two countries.

He said that after signing the PTA, talks are expected on a Free Trade Agreement (FTA) to increase the trade volume between the two countries.

At present, bilateral trade between the two countries stands at US $700 million, which is far below its potential; the trade volume can be enhanced to US $1 billion in the coming 1 to 2 years.

Responding to a question, he said that the main reason for the decline in bilateral trade volume between the two countries, apart from the impact of the pandemic, was a lack of mutual awareness.

Regarding multilateral trade in the Association of SouthEast Asian Nations (ASEAN) and Pakistan’s trade interests with this trading bloc, the Vietnamese ambassador said that Vietnam, being an active important member of ASEAN, would play its full role in paving the way for trade to Pakistan.

He added that ASEAN is a very effective trading bloc of the world and has signed FTAs with China, Japan, Australia and New Zealand from which all regional countries are benefiting.

Ambasador Phong stressed that trade, economic, cultural and people-to-people contacts between the two countries would have to be further enhanced.

According to the United Nations COMTRADE database on international trade, Pakistan exports to Vietnam stood at US $136.67 million during 2020.