Profit takes a look back at the most significant names that were in the headlines for the year past, what note they ended their year on, and what the year ahead might have in store for them 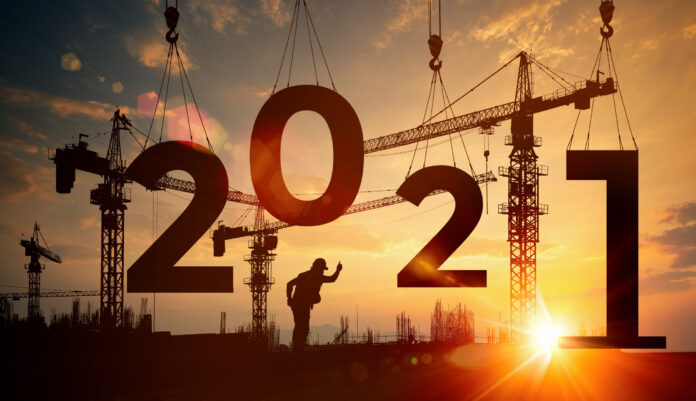 In the space of less than an entire year, Shaukat Tarin has managed to become finance minister, be de-jure demoted to Adviser to the Prime Minister on Finance, win a senate election so he is able to present the upcoming budget to parliament and once again appointed as federal finance minister. Just one of those things would be an event of a lifetime for most people.

With the amount of effort the PTI is putting in to keep Tarin in the economic driving seat, it is hard to imagine that there was a two-week period in April where the government was strongly denying rumours that Tarin was slated to come in and up-end Hammad Azhar’s then nascent run at the wheel of the ship.

However, eight months down the line Tarin has proven to be a level-headed and consistent guide at the very least. He came in without any big punches, and stayed on course in terms of not interfering in the value of the rupee – much as he did between 2008-10 when he was finance minister in the Gilani cabinet. With a disagreement over why the country is facing inflation still brewing between the Tarin-led finance ministry and the Reza Baqir led State Bank, it is very likely that he will be a mainstay in the headlines in the year to come.

State Bank Governor Reza Baqir has made an impression. The job of SBP Governor is often a bit overstated in terms of workload if not importance. At the end of the day, any governor of the state bank has a few levers on their desk that can be pulled to change policy rates and adjust monetary policy.

Because of this, most SBP Governors often go through their tenures quietly doing their jobs without much fuss. Reza Baqir has been different in that sense. He was for quite some time known among finance circles as “Agent 007” – both because he maintained the interest rates at 7% time and again, and as sly allusion to ridiculous claims that he is some sort of ‘agent’ because he worked for the IMF before getting the top job at the central bank.

Governor Baqir spent 2020 being begrudgingly admired even by his detractors or the bank’s decisions to slash interest rates and boost jobs as much as possible in a crisis. This year has proven to be the one in which he has come into his own, and made tough calls when he has had to. We can only watch with anticipation what the Governor will do next year.

Hammad Azhar’s 2021 saw him get the unfortunate distinction of being the shortest lived finance minister the country has ever seen. When he was brought into the office, it seemed it was an attempt by the PTI to return to its core values and present a new poster-boy to the nation.

But after less than three-weeks in office, he was shifted to the energy ministry, where he has presided over a badly managed gas crisis, a strike at petrol pumps, and a host of unfortunate television appearances on the Shahzeb Khanzada show. To his credit, he has tried to be open and available to the public, and has followed in the well-liked footsteps of his father Mian Azhar, who was a very popular governor of Punjab in his day.

At barely 40 years old, Hammad Azhar has a long political career ahead of him. While this year may have been one of hits and misses, he will be one to watch out for in the future.

Airlift has reportedly successfully raised another investment, another eye popping figure this time but an unusually large one – $350 million. The raise is undoubtedly massive, and together with the previous $85 million announcement this year, will take Airlift’s funding alone to more than half of what has been raised in total by Pakistan’s startups this year. What is also big news is that they seem to have managed to get a valuation of $1 billion. There will be a lot of speculation surrounding this, but could this be Pakistan’s first even unicorn? Or will this dizzying high be followed by a resounding crash to a dismal low? The year ahead will be on to watch out for.

The Pakistani origins American CEO of The Resource Group (TRG) and up and coming tech company Afiniti saw a disgraceful downfall after the testimony of a former employee at Afiniti saw him implicated in sexual assault allegations. The harrowing allegations also saw an effect on TRG stock in Pakistan, but it took a while for Chishti to be officially removed as CEO of TRG Pakistan. While his absence has already sent shockwaves through Afiniti, TRG Pakistan stock has managed to stabilise and it is yet to be seen how far reaching the effects of his downfall will be.

Azfar Ahsan was featured on Profit’s cover this year back in October in an in-depth story on corporate lobbying in Pakistan. And that was even before his lobbying firm hired former Chief of Air Staff Air Chief Marshal Sohail Aman or before he was appointed Chairman of the Board of Investment (BoI) with the status of a minister of state. Before this year, Azfar had largely been unknown and out of the public eye. He was more of a backstage character, especially as the organiser of conferences and founder of the ‘Corporate Group Pakistan.’ With his behind-the-scenes role converted to a more public one, the coming year will be an interesting one for Azfar.

Between August 2019 to August 2021, KIA Lucky Motors managed to sell 25,000 models of its crossover SUV, the KIA Sportage. That translates to roughly more than 1000 cars per month. And to roughly translate those numbers into words – that’s a pretty big deal. KIA entered Pakistan’s automobile industry as an underdog, especially given the very strong triopoly that exists between Japanese automobile companies Toyota, Honda, and Suzuki.

The South Korean KIA has managed to circumvent the norms of the auto industry in Pakistan, and set the trend for the introduction of cheap crossover SUVs – a category of cars previously unavailable in Pakistan. Their success has also emboldened other entrants on the market like the MG and Hyundai. KIA has almost single handedly managed to bring life to Pakistan’s car market and have made the ‘Big Three’ sweat. That in itself is a huge achievement. While they have faced issues in the second half of the year with their smaller unit the ‘Picanto’ being short in supply because of the global semiconductor chip shortage, it seems KIA will go on to have a strong 2022 as well.

The Pakistan Cricket Board closed 2020 on a high. After years of being in stagnant loss, the board declared an after tax profit of Rs 3.8 billion, with reserves of Rs.17.08 billion compared to PKR 13.28 billion in the 2018-19 financial year. Other than the net profit, the board has also seen an increase in income of 108pc, bringing in Rs 10.696 billion through different sources this year compared to the year before.

Fast forward to the middle of 2021 and everything was in shambles. New Zealand and England pulled out of tours they had promised causing millions of rupees in losses to the board, star CEO Wasim Khan resigned, and the board was suddenly being headed by Ramiz Raja, a former cricketer with no experience in finance. Things seemed bad. But almost as if they were galvanised by the team stepping up and having a stellar performance in the 2021 T20 World Cup, the board has in the last few months of the year had some big wins.

New Zealand has promised to tour Pakistan twice in 2022 to make up for the losses incurred when they cancelled their tour to Pakistan, and both England and Australia have also promised to tour the country. The appointment of Faisal Hasnain as new CEO has also been followed by the board signing lucrative broadcasting deals with PTV Sports and A-Sports which should bode well for the future.