Why would a government venture into the high-risk business of venture capital funds? 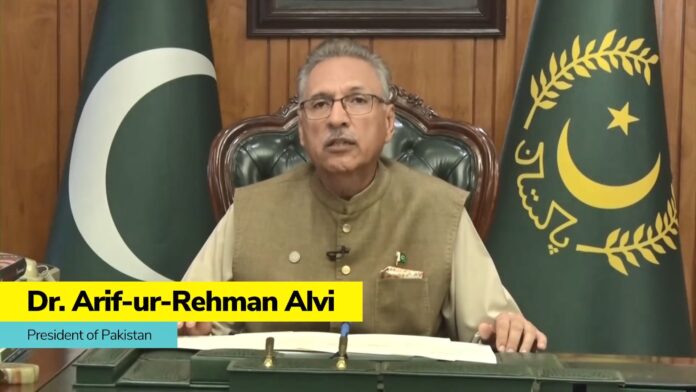 Wait till you hear this one. At an event held in September the President of Pakistan made a passing remark that his team has been working to dodge ever since. The event  was held online on September 8, 2021 and hosted by PakLaunch, a community of successful Pakistani expatriates. It was their inaugural conference on startups titled “Pakistani startups: The next big thing.” The big idea behind the event was to let investors know that the government is playing its part to support tech startups in Pakistan.

The President delivered the welcome note which was followed by panel discussions by investors who have invested in Pakistan and their experience with startups here, as well as heads from the Ministry of Science and Technology, the State Bank, the Pakistan Stock Exchange, and Special Technology Zones Authority.

Much of the address was usual bread and butter remarks one has come to expect from government officials. He introduced the theme of the event, underscored the need for “establishing linkages between the startups and investors” in a short five minute recorded video. So far so good. After all Pakistan’s market has been hot for tech investors, catching the attention of heavy-hitters in the world of venture capital.

Why wouldn’t it catch the attention of international investors? Pakistan is a country of 220 million strong, most of whom are youngsters between the age of 15 and 33. The president, however, decided to take it a notch above and called the youth bulge educated and ‘mostly English speaking’ which would help with communication and establishing the linkages with foreign investors.

The President then outlined the initiatives taken by his government to support the tech startup ecosystem, how the government had invested Rs20 billion in the youth under the Kamyab Jawan Programme with plans to invest another Rs100 billion and how there was a network of incubators in Pakistan (which by the way were started under the Pakistan Muslim League-Nawaz government).

And then he dropped a quixotic little boast. The government was preparing, he declared to his audience, to announce a Rs 1 billion venture capital fund which would be run by the Securities and Exchange Commission of Pakistan (SECP).

Most people who attend these events usually sit through such announcements without much ado. But attentive listeners were left a little puzzled. Why would a government venture into the business of venture capital funds, since it is a high risk business and the rewards are usually difficult to quantify or measure? There are examples of government run venture capital funds around the world, from India and China to Europe and America. But in Pakistan government ownership of a VC fund makes little sense.

Second, why would the SECP operate such a fund considering it is a regulator and not in the business of operating businesses? He knew this, since he even mentioned in his speech that the SECP is a regulator. Given these questions, Profit decided to approach the SECP and ask them more about the VC fund announced by the President.

Many attendees at the conference would approve, no doubt, of more government support for startups. After all, this will help create jobs, startups can be taxed on their revenues, and the investment has the potential to generate healthy returns in the future. Governments around the world do take equity positions in startups: UK government’s Future Fund owns equity in over 150 startups, India has a 10,000 crore fund for startups called ‘Fund of Funds for Startups’ besides venture capital funds of state governments, Saudi Arabia’s Public Investment Fund is a backer of some of the biggest startups in the world, like Uber.

So it can be considered good news by many if the Government of Pakistan launches a venture capital fund to support startups. The problem is that no one seems to know anything about this fund that the President announced.

When contacted for comment, the SECP denied any such fund was in the works, saying that as a regulator it could not operate such entities. Instead, they pointed to the National Investment Trust Limited (NITL), which is the asset management company of the Government of Pakistan, saying they were the real launchpad for this venture. But when Profit asked NITL they also denied creating any such fund, as well as any knowledge of any such fund, and said that they had not been approached by the government for any such initiative.

So we reverted back to the SECP which then retracted its earlier statement about NITL as the launchpad for this fund and said that NITL was not launching a venture capital fund but a social impact fund. “The President had misspoken when he called it a venture capital fund” the SECP spokesperson told Profit. “In fact it was a social impact fund he was meant to say, being launched by NITL.”

It makes little sense, however, that the president would mention launching a social impact fund at a conference about venture capital and startups. It makes even less sense that the President would misspeak in pre recorded remarks during which he read from a written text.

The confusion, however, does not end here. An official from the office of the president told Profit that the President did not mean to say that SECP was launching any venture capital fund because it can not do so as a regulator. The official first said that the president misspoke, and later said that he was only reading the message that was given to him.

Who gave him the message? Well the president’s office did not seem to know and asked for more time to find out who gave the message, which would confirm who is launching the fund, if it is being launched at all. At the conference, President Alvi also mentioned that another venture capital fund was being launched. “At the same time, another venture capital fund of the same amount is being started so that the startups can roll themselves into the market,” the president said. Thankfully, this time, he did not say if the second fund was also being launched by the SECP, any other government organisation or if it was a private venture.