World’s fifth largest copper and gold deposits will finally get to see the sun, as the government of Pakistan and Tethyan Copper Company seem to have reached an agreement regarding the division of shares at 50% each 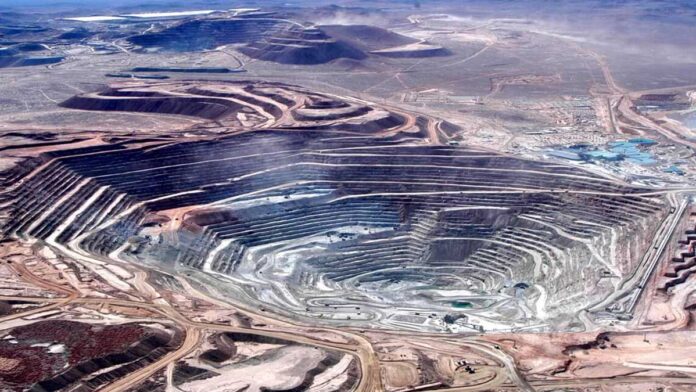 Key details of the agreement are still under wraps, but Profit has learned from sources close to the deal that a consortium of local companies will be taking the lead and not the government. Shamsuddin Shaikh a veteran of mining operations, who had worked on the Thar coal project prior to joining National Resource Limited (NRL) as its CEO. National Resources Pvt Ltd (NRL) is a joint venture founded by six of Pakistan’s most powerful business families with the primary goal of developing the Reko Diq reserves. The Tethyan Copper Company could not be reached for comment.

If the agreement goes through, it will mean the Government of Pakistan could be off the hook for $5.976 billion in damages that it had incurred when it lost the arbitration launched by TCC following nearly a decade of legislation. All appeals had been exhausted and TCC was moving towards seizure of assets belonging to the Pakistani government abroad. In early 2021, the case made headlines when TCC moved to seize PIA’s Roosevelt Hotel and the Scribe Hotel in Paris, assets belonging to PIA Investments whose shares are held in the British Virgin Islands. That case was ultimately decided in Pakistan’s favour by a BVI court and the provisional charge attached against the hotels by the court was removed by the summer of 2021. But the case showed the dangers that the government was now facing with TCC empowered to find and seize assets belonging to the government anywhere in the world.

The history of Reko Diq has been turbulent to say the least, since its inception it has been mired in controversy. These delays can partly be attributed to the remote and rugged location of these minerals in the remote hills of Chagai wedged between the borders of Afghanistan to the North and the Iranian border to the South.

After signing an agreement with Balochistan’s then-caretaker administration, led by chief minister Naseer Mengal, the resources were first discovered in 1993 by an Australian corporation, BHP Billiton. The ‘Chagai Hills Exploration Joint Venture Agreement’ (CHEJVA) gave BHP a 75 percent stake in the venture, while the government got a 25 percent share on a joint-investment basis with a 2 percent royalty.

After little to no progress was made, BHP stopped exploratory activities in April 2000 and passed up its operations to Mincor Resources, an Australian business. Mincor was later purchased by TCC in 2006, which is a subsidiary of a joint venture between Barrick Gold, based in Canada, and Antofagasta, based in Chile.