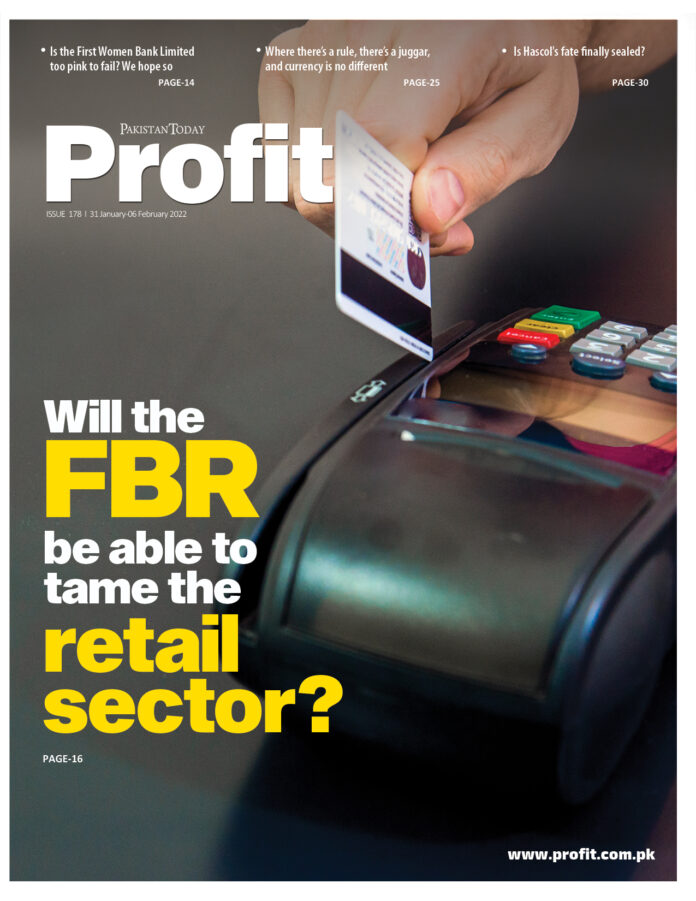 There has to be some irony in watching a government talk about the importance of autonomy for the central bank while at the same time it issues directives to the same central bank on what to do on the exchange rate and interest rates, the two central tasks of any central bank. It is no secret today that the rupee, that saw serious volatility in the month of December only to suddenly find tranquility right before the new year, is being propped by whispered intervention from the State Bank. The conditions that produced that volatility – rising trade deficit and falling reserves – have persisted but the exchange rate has remained comfortably anchored around the 177 mark in interbank trade. Interest rates too saw plenty of volatility since the two rate hikes of November and December with the markets demanding higher and higher yields in government debt auctions in the wake of the latter hike. The State Bank took the unusual step of injecting trillions of rupees into the markets through three unusual 63 day Open Market Operations conducted right after the second hike of December, at one week intervals, in what was clearly seen by the markets as a bid to inject liquidity and dampen the appetite for higher yields.

These steps were all the result of government interference in central bank operations. Immediately after the rate hike of December 14, for example, the State Bank Governor excused himself from a crucial meeting with analysts and bond traders to go into a virtual meeting with the Prime Minister where he remained for more than 40 minutes, returning only to take two questions from the audience. Three days later he told Bloomberg TV that the central bank was going to “pause” its series of rate hikes in pursuit of “mildly positive real interest rates” to see how the effects of the actions taken thus far play out. In the next monetary policy announcement on Jan 24, the State Bank dropped all mention of the goal of “mildly positive real interest rates”, claiming instead that the raft of taxes activated through the Finance Supplementary Bill passed a few days earlier will help the fiscal equation and should relieve pressure from monetary policy to manage inflation.

This analysis starkly contradicted the line the State Bank took in July, when it said the budget “is expected to be broadly inflation-neutral as most tax rates have been left unchanged”. When taxes were “left unchanged” in July the State Bank found reason to hold rates steady because there was not going to be an impact on inflation. But when taxes were imposed in January, it said the step “should help further moderate the pace of domestic demand growth” and thereby built its case for holding rates steady.

These contradictions show the central bank is being pulled in multiple directions at the same time. Clearly the government was unhappy with the rate hikes, the exchange rate depreciation, the market’s demand for higher yields on government paper, and the State Bank obliged on all fronts and conjured up the analysis needed to make these actions appear like those of a serious and professional central bank. In reality the State Bank was bowing before considerable political pressure.

There is nothing new in this. Governors past have felt the same heat as the present one is feeling. All this is entirely in keeping with how the central bank has operated in Pakistan over the years and the decades. The odd thing is to see a government that is busy twisting the arm of its own State Bank turn to the rest of the country and tell us that they believe in an independent central bank and must pass legislation to ensure this. The question naturally arises: why do you need such far reaching legislation to enshrine central bank independence? Why not start by practicing it first, and learning to respect the prerogative of the State Bank Governor to conduct his affairs as he sees fit?

Clearly the legislation is just being passed to unlock the IMF program. The haphazard way in which the legislation has been hustled through cabinet and then railroaded through parliament shows there is little to no concern with any actual substantive change in how the central bank operates in this country. The absence of any debate, whether in parliament or even within cabinet, or within the government’s own council of economic advisors, around this crucial legislation also belies the lack of interest in its substantive merits. And to top it off, the finance minister, the same person who introduced the legislation in parliament, tells parliament during the one single hearing on this crucial legislation, that if the State Bank does not follow the bidding of the government after this bill is passed, they will still have the option to change the bill or dilute its language to take away this autonomy.

Those celebrating the bill as the first step in some sort of important reform are in for a disappointment. Just like the “forward guidance” issued by the State Bank exactly a year ago turned out ultimately to be a fiction, so the “autonomy” being promised in this bill will turn out to be a mirage. This is not a reform measure. This is them ticking a box so the money can be disbursed.