Other economic shortcomings, however, have cast a shadow over the Khan government’s pandemic response 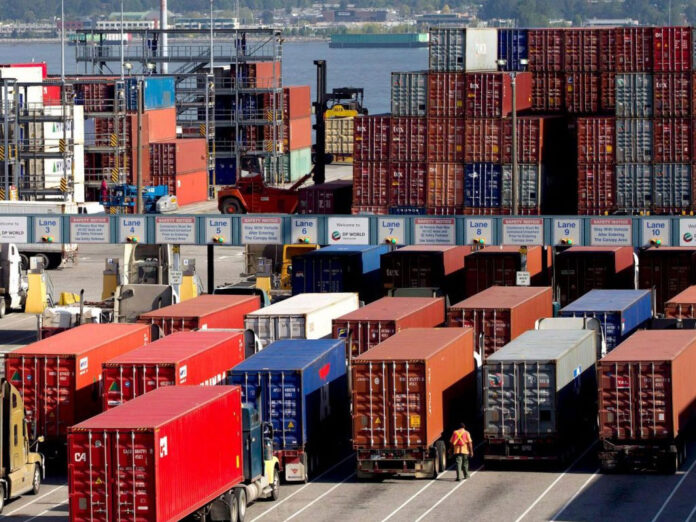 Pakistan’s exports have long been a weakness, with successive governments over the decades talking about the need for export promotion. Talk, however, has rarely translated into action: the Vision 2025 that was unveiled by the PML-N government a few years ago wanted to grow the country’s exports to $150 billion by 2025. But policies implemented by the PML-N, key among them the disastrous decision to maintain an overvalued exchange rate, meant that exports remained range-bound between $20-25 billion during the previous government. Recent data shows that things are turning around, a good sign in an otherwise bleak economic outlook.

The coronavirus pandemic, a once in a century event, inflicted unprecedented economic and emotional trauma around the world. Pakistani households and businesses were not immune to this either, with the country experiencing negative economic growth for the first time in decades. An even bigger crisis unfolded in India, where a national lockdown announced on short notice stranded millions of migrant workers and failed to curb the spread of the pandemic across the country. Bangladesh suffered tremendously as well, where the cancellation of export orders from the garment industry and lockdowns left millions of workers without a paycheck.

Two years later, we now have enough data to assess the impact of not only the onset of the pandemic, but also the way in which government support, especially through monetary and fiscal stimulus, contributed to the recovery.

Bangladesh suffered the most at the onset of the pandemic, with the three-month moving average of exports declining by a whopping 57 percent in June 2020 compared to January 2020; India’s monthly exports declined by 34 percent while Pakistan experienced a 31 percent contraction during the same period.

This goes to show that the near-term fallout of the pandemic and lockdowns in Pakistan was significantly lower than Bangladesh and India and is evidence that the Imran Khan government, through its public health and economic policies, was able to prevent the worst-case outcomes.

By May 2020, all three countries were rolling out stimulus packages and making concerted efforts to get the economy back on track. Exports began to recover as well, bolstered both by monetary and fiscal support as well as by recovering demand in key markets, especially Europe and the United States.

Pakistan was the first to recover to pre-pandemic monthly export levels, with the three-month moving average rising above January 2020 by November 2020. India recovered fully by January 2021, while Bangladesh had to wait until September 2021 for export demand to sustainably exceed January 2020 levels. This data again shows that the rollout of the stimulus, coupled with a robust public health strategy of the Khan government, was able to bring about a recovery that was much sharper than the other two countries in the subcontinent.

As the global economy has recovered, all three countries have been able to sustain growth in their export earnings. By January 2022, the three-month moving average for monthly exports in Pakistan was 33 percent higher than January 2020; India’s was second with 31 percent, while Bangladesh came in last with a 27 percent increase during the same period.

This two-year data provides sufficient evidence that Pakistan’s public health and economic response to the pandemic, executed during a time of extreme uncertainty and political polarization, was able to bring about a robust economic recovery. Compared to the two other peer economies in the region, Pakistan suffered the least in terms of export declines, and subsequently experienced the highest increase compared to pre-pandemic levels.

Other economic shortcomings, however, have cast a shadow over the Khan government’s pandemic response: food prices in Pakistan have increased by almost 23 percent from January 2020 to March 2022, compared to just 7 percent in India during the same period. Why this has happened despite a robust public health and economic response is a longer discussion for another day, but it is important to recognize that rising food prices have had a significant negative impact on millions of households across the country.

With global energy prices rising sharply in the last few weeks, Pakistan is once again facing tremendous external sector challenges. The impact of these rising prices has been exacerbated by populist policies the government has pursued to guard its political flanks. However, it is important to recognize and appreciate the government’s policies during and after the pandemic, which have increased Pakistan’s export earnings and mitigated in part the impact of rising energy prices in global markets.

A lot has been written about the failures and shortcomings of the Khan government in recent weeks and months, and much of the criticism is fair and necessary. Export growth still has a long way to go and policies to expand Pakistan’s export base must continue. At the same time, however, it is important to applaud Khan and his team’s role in ensuring that Pakistan outperforms its regional peers in terms of growing exports.