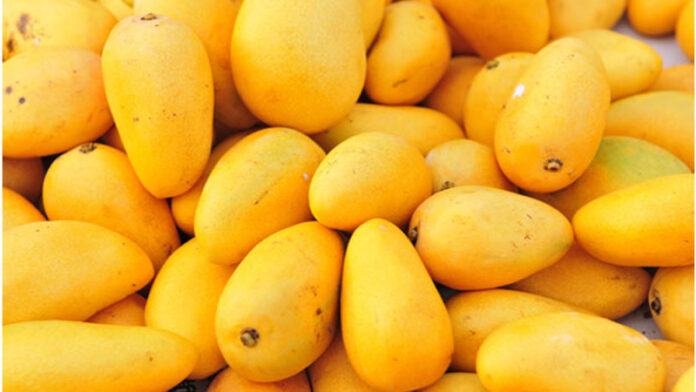 Pakistan is going to face at least 50 per cent drop in mango production this year due to the effects of climate change and high temperatures.
Due to the weather hazards, shortage of electricity and diesel, increase in cost of packaging processing and high freight charges, exporters as well mango growers have to face a crisis during the current mango season.
Following the expected reduction in production of mango All Pakistan Fruit and Vegetable Exporters Association (PFVA) has also curtailed its export target by 25,000 tonnes as compared to last year in view of declining mango production during this season and has set an export target of 125,000 tonnes for the current mango season, head of the association Waheed Ahmed informed thus scribe.
In case the country meets this new reduced target, it will fetch valuable foreign exchange of $106 million.
According to Waheed Ahmed, due to climatic effects and high temperature, mango production has been severely affected during this mango season. The average production of mango in Pakistan is 1.8 million tons and with 50% reduction, it is likely to be limited to 0.9 million tonnes.
During the current mango season, the mid of March witnessed average temperature between 37-42 ℃ while the average temperature during the previous season was recorded as 34 ℃. The sudden rise in temperature has severely damaged mango production while irrigation problems, water shortage due to blockage of canals, power load shedding and shortage of diesel during the season have further deepened the climatic effects.
Expressing serious concern, Waheed Ahmed further shared that, the mango production and export during the current season are facing stiff challenges in the history of mango seasons.  Depreciation of rupees, rising labour costs along with high tariff of electricity and gas have significantly multiplied the cost of processing mangoes. Packaging material has also gone up by 30% since last season, making it quite difficult for mango exporters to compete in the international market.
Exorbitant increase in sea freight has played a significant role in making competition stiff for Pakistani mangoes. Last year, sea freight for the Gulf and Dubai were $1,900 per container, but this year the cost of sea freight has risen $ 2,800 to 3000 dollars it is feared that with simultaneous increase in air freight charges, the transportation cost of mangoes would also be substantially enhanced.
In case of rain, storms and strong winds along with climatic effects, losses of mango crop may further increase in the coming months , leading to severe negative impact on exports.
The association in a statement has urged the Government to extend financial assistance to the mango growers and exporters so that their losses could be compensated.
The Govt. shall extend  20% subsidy  in sea and air freight, reduction in PIA freight charges  to curtail the cost of export and facilitate competition in the international market for Pakistani mangoes.
In order to attain the export target of this most difficult season of mango, it is imperative that the concerned government departments and authorities including airport and seaport authorities, customs, plant production department and other concerned organizations shall render all possible assistance and cooperation to ensure that maximum foreign exchange can be earned during the current critical economic situation of Pakistan.
- Advertisement -
Facebook
Twitter
Linkedin
WhatsApp
Email
Previous article
Sale of bikes, rickshaws decline 4.36pc in 10 months
Next article
SNGPL to ensure uninterrupted gas supply to textile mills