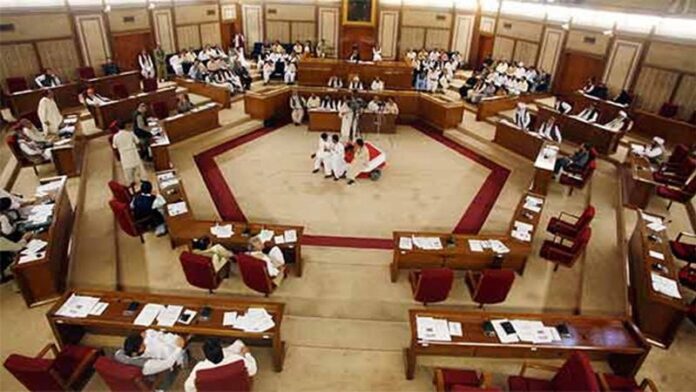 Spokesperson of Balochistan government Farah Azeem Shah on Wednesday said that the provincial government would present balanced, relief-oriented and pro-people budget for the upcoming fiscal year 2022-23, to provide maximum relief to the masses.

Balochistan Chief Minister Mir Abdul Quddus Bizenjo has directed the departments concerned to prepare balanced budget while focusing education, health, law and order, clean water schemes to provide facilities to the people, said a statement issued here.
The CM has also directed that to determine development and non-development expenditures by balancing the provincial budget so that the development process in the province continues.

Prisons reform and inmate welfare programs should be included in the budget, he added. The overall development of the province especially of less developed areas was top priority of the government.

Bizenjo lead government has been ensuring provincial socio-economic development with a growth oriented economy which would improve the overall socio-economic situation in the province.

The provincial government is pursuing a policy of austerity and taking all possible steps to reduce all unnecessary expenditure to provide relief to the people.

The provincial budget for the next financial year will be the first budget in the history of the province which will be in the true interest of the people.

The Balochistan government is expected to present its budget for the fiscal year 2022-23 in the Provincial Assembly on June 18.Provincial Finance Minister Noor Muhammad Dummar would present the budget.

A major chunk of budget would be allocated for health, education, agriculture, food, rural development, communication, law and order, irrigation and drinking water and other sectors which will change the destiny of the people of Balochistan.