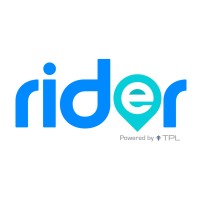 Karachi-based logistics start-up Rider has announced closing $3.1 million in an extension of its seed round, clocking in a total of $5.4 million in seed funding, after a $2.3 million seed raise in October last year.

Profit has seen internal documents which confirm that the amount raised in the new round was $3.1 million. The funders in the new round include YCombinator, i2i Ventures, Flexport, Soma Capital and Rebel Fund.

Founded in 2019, Rider has been building a network of sorting hubs, urban delivery centers and a digitized fleet, offering online sellers in Pakistan a next-day delivery service. The Rider platform offers route optimization for delivery agents, live tracking and scheduling for buyers, and a highly digitized warehousing function for sellers.

The funding for Rider come as the supply of venture capital funding for startups across the world gets scarce as investors go for safer bets. Startups are busy optimizing costs and driving businesses towards profitability and investors demand solid unit economics and bottom-line.

Rider, too, has been looking ahead and preparing for any downturn, though it says it has been following a controlled cash-burn model since its early days.

“That is the key right now. Which line item is required, which one is ballooning out of proportion and what is the cost of cost,” he says. “That is what has kept us on our path. We have a long way to go like all other early stage startups, but we know which costs are needed to be incurred and which operating expenses could be foregone for now.”

Since their pre-seed investment round in September 2021, Rider claims its monthly revenues have grown 110% and they have doubled the customer base to 650 online sellers.

“Rider has now successfully completed the delivery of over 3 million parcels across 60 cities in Pakistan,” claims a press statement from the company.

Startups like Rider compete with the likes of TCS and Leopards Courier, which have dominated the courier delivery space and have now focused their attention towards eCommerce deliveries, recognizing that online shopping is going to pick up.

Traditional legacy players like TCS still dominate and capture the bulk of the market, but VC funded startups like Rider are also making a headway, according to Salman.

Rider’s plans with the utilization of funding is, therefore, focused on improving technology and not towards an expensive expansion strategy. Investment in technology will not only improve optimization in terms of last mile and middle mile, but also “help Rider enhance the seller experience by giving them more features, and add products to come and sell online.”

That is essentially Rider’s plan to enhance the eCommerce marketplace in Pakistan with solutions and infrastructure beyond logistics. “Through our platform, we are enabling the industry to transform and get online and we will offer more in time to come,” said the startup in a statement.

On joining the investment round, Kalsoom Lakhani, GP i2i Ventures said: “We are honored to be on this journey with Rider. As the e-commerce industry in Pakistan grows, so will the need for a next generation 3PL player that understands the Pakistani market realities and knows how to build both aggressively but also efficiently. We believe that this player is Rider and have so much conviction in Salman and his vision.”

Jared Heyman, managing partner at Rebel Fund commented: “Rider is Rebel Fund’s first investment in Pakistan and we’re excited to support their further growth. The company’s founding team and traction to date are impressive, and we believe the Pakistan market desperately needs a sophisticated technology-driven delivery service like Rider.”

FGV’s General Partner Ali Mukhtar commented: “There is strong momentum in the ecommerce space in Pakistan, largely driven by the shift in consumer behavior with the increase in 3G/4G penetration across the country. With that, there is immense growth potential for last-mile champions such as Rider who are building the required infrastructure to enable growth in the ecommerce space. We believe in the company’s tech-first approach and we’re excited to once again support Salman and his team at Rider.”