The remarkable life and tragic death of Airlift

Airlift’s highs were dizzying and its lows were tragic. But what are the lessons we can learn from it? 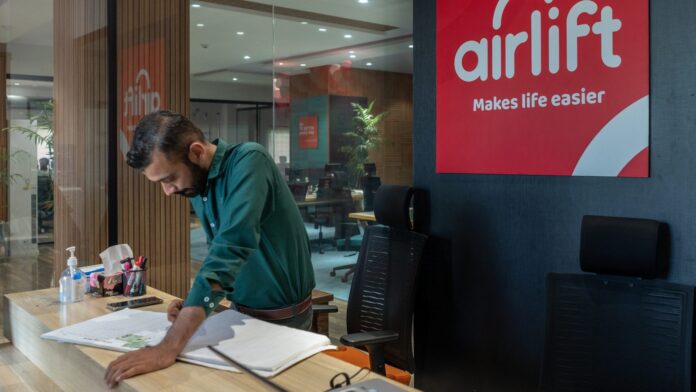 The final cause of death was a boring one: the company just ran out of money. Allegedly, some investors got cold feet, either reneging or dilly dallying on their capital commitments, and that was that. It’s uneventful because that’s how most companies meet their end.

The post-mortems have already started: Airlift was an unsustainable business model that sold products at less than their purchase price, goes one view. Investors were duped by creative metrics, is another one. This was the inevitable end for a company that flew too close to the sun, having become the darling of the tech ecosystem.

Picking favorites in a startup portfolio is like picking favorites amongst your kids: even if you have one, it’s best not to say that out loud. Let’s not do that again. At the same time, let’s also dwell on Airlift’s remarkable story for a while.

At its high point, Airlift raised $85 million at a valuation of at least $200 million (according to my guesstimate). What’s remarkable is that this made it almost one-third as valuable as HBL’s market cap of roughly $650 million. In slightly over two years, Airlift was worth – at least on paper – almost as much as Bank Alfalah. That invited both disbelief and greater scrutiny – as it should – leading to a flurry of reports on whether Airlift made money on a per unit basis, its expansion plans into South Africa, and more broadly, on the principles and applicability of blitzscaling in Pakistan.

Airlift was a bet on a number of things: (i) on the existence of substantial demand for the quick commerce model, not just in Pakistan, but also in other countries; (ii) on a young founding team being able to execute; and (iii) on capital markets providing the financing necessary for rapid growth. It was also only three years old before its capital ran out. The first and second points are hard to prove or disprove, but presumably some investors in the Series B round were convinced of at least the possibility that they were true.

After all, venture capital is a series of high-risk bets, often with risks in full view of investors, but with the possibility that, if the idea works, it could make up for ten other failures in the investors’ portfolio . The chance that Airlift did not work out was always going to be greater than its chances of success. Unfortunately, it’s also not going to be the last startup to shut its doors.

For all the shortcomings in Airlift’s business model, it’s the macroeconomy that killed it. In fact, I would argue that even if Airlift had firmly established product-market fit, it would have struggled to raise financing in this environment. For all the academic discussion and what about-ing around blitzscaling and the company’s unit margins, the number one predictor of startup survival in Pakistan will be the amount of global capital willing to invest in Pakistan. The global macroeconomy is the eight-hundred-pound gorilla in the Pakistani startup ecosystem and it’s now gatecrashing the party.

Global capital markets are particularly relevant for the stage that Airlift was at. No Pakistan-focused investment fund has the money to lead $85 million rounds. All successful startups will get to that stage, if they want to get to a billion-dollar valuation, but only regional or global funds have that kind of cash available. Those funds will question whether they want to gain exposure to Pakistan’s macroeconomy. The only way for startups to skirt that question is to go regional or even global at that stage. It’s no wonder that Airlift launched in South Africa when it did, even if it may have seemed premature to observers.

Pakistan is, unfortunately, one of the first countries on the chopping block for when investors want to shed unnecessary risk. Pakistan’s GDP per capita in 2021 was $1,538, compared to $2,503 for Bangladesh and $3,694 for Vietnam. In 2001, Pakistan’s GDP per capita was higher than that of both those countries. The rupee has depreciated precipitously, and the country has chronic fiscal and external account problems, perpetuated by a lack of diversification in its export base.

Fortunately, as I’ve argued earlier, the startup ecosystem is well-positioned, on average, to weather the changes in global capital markets. But ultimately, Airlift was a riskier model than most, and had not raised financing recently. It’s not surprising that it was the first victim in the Pakistani ecosystem of the changing global capital market, and I fear it may not be the last. The startup ecosystem will remain at the mercy of global investor sentiments unless Pakistan’s overall economic growth rate picks up and the country’s external and fiscal accounts stabilize.