The folly of relief 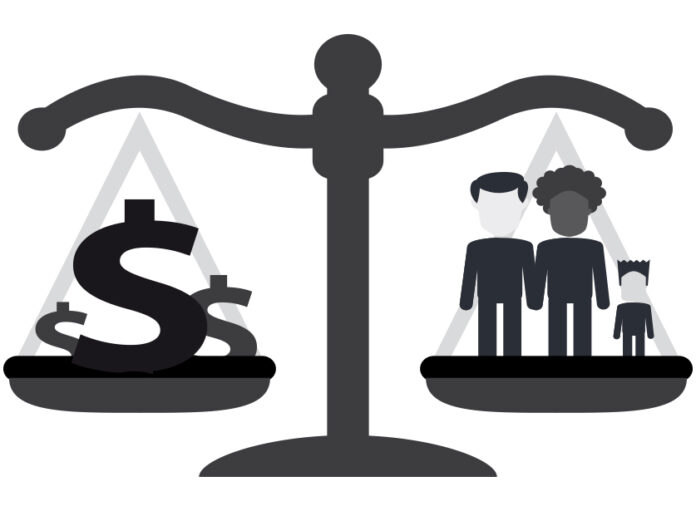 Nothing reflects the crisis of economic policymaking in Pakistan than the repeated pronouncements of providing “relief” to the masses by successive prime ministers. A few days ago, Prime Minister Shehbaz Sharif became the latest leader to make this argument, announcing in an address to the nation that his government was going to cut the price of petrol and diesel in a bid to ease the pain – which is very real – being felt by ordinary citizens. But this approach to governance, where governments talk about and are expected to ease pain by reducing prices of things, is a significant reason why economic policymaking remains broken in Pakistan.

Many readers will recollect the annual discourse around budget time when the media talks about whether the budget will ease pain or break the backs of citizens and businesses. Government politicians tout the budget as being “people-friendly” while opposition leaders criticize it as burdening the awaam with more taxes and higher prices. Business lobbies that are facing higher tax rates take out advertisements talking about an imminent crisis in industry that will lead to record job losses, while those benefiting from more subsidies come on television to thank the prime minister, promising to generate well-paying jobs in lieu of the friendly policies announced.

A similar series of conversations take place when energy prices are adjusted, especially the price of petrol and diesel. In terms of key food products, wheat and sugar price increases lead to howls, and rightfully so, as they hurt millions of ordinary citizens that rely on these products for cheap calories.

But at its core, this idea of the government having a responsibility to ease pain by manipulating prices leads leaders to make the types of policy choices that are directly responsible for Pakistan’s economic decline. A prime minister motivated by, and expected to, ease the burden of the masses by lowering prices forces policy actions that distorts markets, even if said distortion creates a crisis where the country may default.

An example of this type of action is the disastrous decision by Imran Khan to cut and freeze energy prices, such that it put the IMF program off track and created the conditions where a Sri Lanka type crisis was a growing possibility. But Khan is not alone in this: the interventions in agriculture markets, for example, have been going on for decades, creating a situation where the circular debt in the commodity sector is over a trillion rupees; an agriculture sector analyst told me months ago that the government borrows money just to pay off the interest owed on commodity debt!

These interventions not only distort markets but also reduce the incentive for private sector capital to invest in and innovate key sectors. Because the government intervenes and sets prices, the industry adjusts, relying on a model that has become the norm across Pakistan’s economy: rent-seeking. As a result, various sectors from automobile manufacturing to wheat production have fallen behind the world, ultimately making Pakistan’s economy less dynamic and uncompetitive, and its citizens poorer.

What if policymakers were instead focused on what their jobs are about: creating an enabling environment for sustainable growth, where capital is efficiently allocated to sectors that show promise, and where the government does not fix prices in a bid to provide relief. Such an approach would mean that governments would spend less time debating what the price of tobacco, petrol, sugar, and wheat should be in the market, or whether import or export permits need to be given to specific sectors. Instead, time and effort would be occupied in debating and implementing policies that promote investment and modernization in key sectors, leading to the creation of well-paying jobs and increased productivity in the economy.

In addition, such an approach would lead to policymakers focusing on empowering regulators, where scarce taxpayers’ resources are not channeled towards subsidies captured by rent-seekers, but towards building institutions that can promote fair competition in the market (example: the Competition Commission of Pakistan).

For far too long, Pakistan’s leaders have engaged in a now-extinct form of governance, where the ruler is expected to dole out gold coins to the masses such that they do not go hungry. This is no way to run a modern economy and prime ministers should not be giving addresses to the nation to announce cuts to petrol prices – in fact, this author believes that no prime minister should have the authority to set prices in the market, except for in cases of national emergency.

Without this shift in approach, Pakistan’s economy will remain hostage to a medieval form of economic policymaking while the rest of the world adopts more modern methods focused on generating growth, increasing productivity, and creating an enabling environment for enterprising citizens. So long as we Pakistani leaders remain focused on providing relief, the economy will never emerge out of the rut it finds itself in.