The sale of Eni Pakistan Limited might be delayed further, as buyer and seller try to convince government departments to give approval 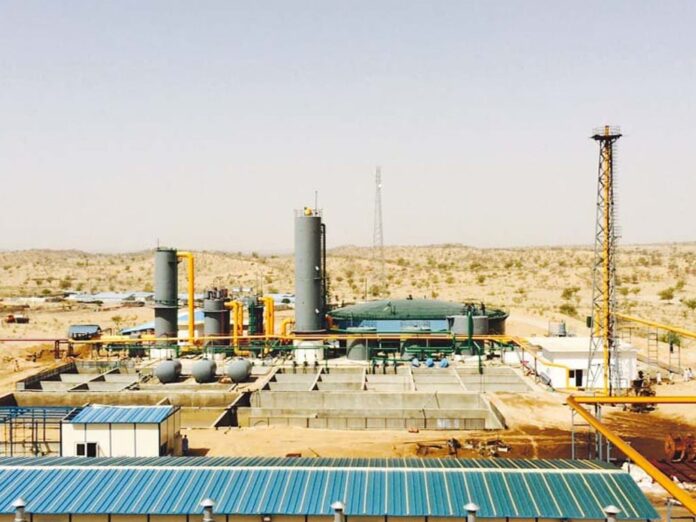 ISLAMABAD: The law ministry has termed inadequate an undertaking provided by Hub Power Holding Limited (HUBCO) in the matter of acquiring Eni Pakistan, a subsidiary of the multinational oil and gas giant Eni, operating multiple gas fields in the country.

The law ministry’s advice comes in response to the Ministry of Energy’s (Petroleum Division) request for legal input on the adequacy of the undertaking, which was provided by HUBCO to Prime International Oil & Gas Company Limited (PIOGCL) as part of PIOGCL’s bid to acquire Eni Pakistan Limited. In addition, the law ministry also raised questions on the need for such an undertaking in the first place.

The undertaking was demanded by the Directorate General Petroleum Concessions (DGPC), a department of the Ministry of Energy Petroleum Division which also functions as the regulator for all upstream exploration & production activities in Pakistan.

To establish some context on the matter, the DGPC in a letter dated 30th June had sought advice from the Ministry of Law and Justice on the “adequacy of the undertaking (by HUBCO) to cover the obligations of PIOGCL”. The reason for seeking advice on the matter was to protect the interests of the government according to the DGPC.

The memo from the Ministry of Law and Justice  dated July 13, 2022 in response to the DGPC read that the, “the undertaking provided by HUBCO is not adequate in respect of covering future operation of petroleum exploration licences, development and production leases etc, decommissioning cost to be incurred upon the expiry of licences and leases”.

The law ministry gave two reasons. Firstly, it stated that “the existing language of the undertaking does not provide for commitment”. Secondly, the undertaking is in the name of the buyer in this case PIOGCL, therefore the government would not have the ability to enforce the said undertaking.

The undertaking provided by HUBCO stated that it would provide “all reasonable support” to PIOGCL.

When Profit reached out to HUBCO, it stated that “HPHL is required to disclose the nature, period and amount of its investment under the companies act and providing such an undertaking may fall within such disclosure requirements as it is in relation to investments made in associates. Being so open ended it may jeopardise the compliance requirements of companies act 2017.” The company further added that “if the undertaking was made specific to the requirements of petroleum concession agreements, HPHL may be willing to provide it.”

The law ministry, on the other hand, is of the view that considering HUBCO is not required to make any investment towards the PIOGCL, therefore, the justification given by HUBCO in respect of compliance of Companies Act, 2017 is not relevant for the purpose of undertaking. Consequently, the wording of the undertaking is not sufficient to protect the interests of the government.

Similarly, the law ministry has also advised the Petroleum Division that the undertaking should be in favour of the government, not of the buyer (PIOGCL) and the government should keep the original undertaking in its record.

A senior official of HUBCO while talking to Profit said that they have assured the DGPC that HUBCO would fulfil future financial obligations as per applicable rules and regulations.

The official further pointed out that the DGPC has put forward this requirement without there being any such procedure in petroleum rules and regulations. He said the primary criteria for a buyer of petroleum exploration and production business is to be financially and technically sound, which HUBCO-EBO group fully satisfies in the said transaction.

It is relevant to note that in March last year Eni Pakistan Limited had entered into an agreement to sell its interests in Pakistan to PIOGCL, a newly established company formed by former Eni’s local employees and HUBCO, Pakistan’s largest Independent Power Producer. In order to effectuate the subject change of effective control of shares from Eni Pakistan Limited to PIOGCL, Eni had requested the government for its consent under the applicable petroleum rules.

Following this request, the DGPC, in a letter sent on April 1, 2022 to Eni, had asked for an undertaking from HUBCO. The undertaking was required to say that, in case PIOGCL falls short of meeting the acquisition price of $16.4 million and running Eni blocks operations, HUBCO will unconditionally provide all such financial support, including the Eni Employee Group’s share.

Sources told Profit, on the condition of anonymity, that serious questions have been raised over the sale of assets of Eni Pakistan to PIOGCL for only $16.4 million while the former keeps oil and gas reserves worth approximately $407 million. Sources said the technical and legal departments of the petroleum division have also raised several questions over not keeping bank balance of PKR 5.5 billion by the PIOGCL, which will be required for shutting down Eni Pakistan upon complete depletion of the oil and gas reserves.

Sources further claimed that an audit of PIOGCL accounts has made it clear that it does not have the required funds for running the operations of Eni Pakistan’s oil and gas reserves. Pakistan Petroleum Limited (PPL) has also asked not to release the bank guarantee of Eni Pakistan for offshore Indus Block C.

Conversely, officials at HUBCO say that the underlying assets and liabilities of Eni Pakistan’s activities, as well as the transfer of control, would only be recorded in PIOGCL’s books when the deal is completed and control is transferred. Currently, PIOGCL books reflect the amount contributed by its shareholders to meet its day-to-day expenses and other costs associated with the acquisition of the assets and transfer of control. ”The true picture of PIOGCL can only be reflected by its financial statements after the completion of the acquisition transaction and transfer of control in its favour,” says an official.

The company also expressed concern as to how the $407 million estimation has been made. According to HUBCO “the valuation of reserves cannot be seen in isolation, because expenditures on drilling and operations are also very significant. Comparing the  unconfirmed value of reserves with the transaction value is not logical.”

That being said, it is absolutely vital to understand that the Ministry of Law and Justice is neither evaluating nor is it responsible for commenting on the financial and technical capacity of HUBCO. Therefore, the response of the ministry is restricted to the legal aspect.

It is pertinent to note that the law division has also questioned the necessity of such an undertaking as the DGPC had not provided any details (precedence, rules or regulations) which justify such a requirement. It further questioned the aspect of the government’s interest that the DGPC says it wants to protect. Traditionally an undertaking is provided by the buyer, in this case PIOGCL, and not the sponsoring company, HUBCO, in such transactions.