According to a high-ranking official, fintech startup was at risk of action by FIA for tampering with a document; both cofounders embezzled funds 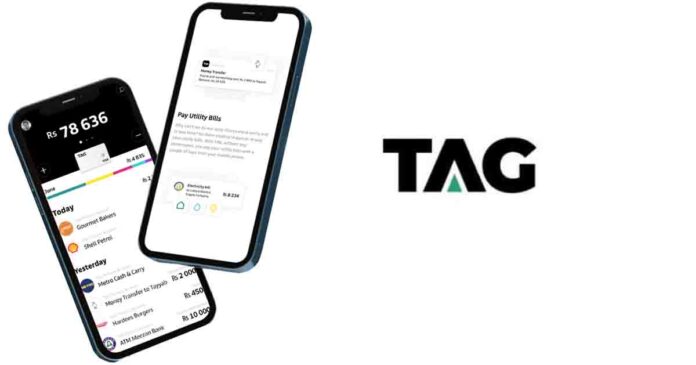 New revelations have come to the fore regarding circumstances at fintech startup TAG in the lead-up to the suspension of further expansion in the pilot operations and investigation by the State Bank of Pakistan (SBP), which initially started with the tampering with a document in the application to buy a majority stake in SAMBA Bank.

This is a developing story and Profit will keep updating details about what transpired at TAG as more information surfaces.

A high-ranking official and board member at TAG Innovation (TAG Pakistan), giving his side of the version, disclosed details to Profit regarding the circumstances leading to the suspension of TAG’s pilot approval and investigation by the State Bank, which initially began when founders Talal Ahmed Gondal and Ahsan Kaleem Khan disclosed to an official at the company that a forged document had been submitted to the central bank for the SAMBA bid, and that the State Bank had come to know about it through the investor whose letter had been purportedly doctored before submission as part of the bid to begin due diligence.

The founders had also been involved in embezzling investor money and they were removed promptly from the company because their actions could compromise entire TAG’s fintech operations in Pakistan, he says.

On February 10, a letter from Hong Kong-based TTB Partners committing a $45 million investment for SAMBA acquisition by TAG Fintech, the Delaware-based holding company of TAG Innovation in Pakistan, had been submitted to the State Bank.

According to the official, around February 25, the central bank sought a confirmation from TTB Partners of the $45 million commitment for the SAMBA acquisition to confirm their participation in the SAMBA acquisition bid and the amount they had committed as per the letter, understood to have been written by Talal because of his fundraising role as CEO, but sent to the State Bank by the other cofounder Ahsan Khan.

On the night of February 27, TTB Partners disowned the letter TAG had submitted to the State Bank for the acquisition. Consequently, on February 28, a meeting was called at TAG Innovation Pvt Limited (TAG Pakistan) which was headed by a high-ranking company official to assess the consequences of the offense committed and fix responsibility.

It is imperative to note that the bid to acquire SAMBA Bank was submitted by TAG Fintech Pvt Limited, which is the Delaware-based holding company of TAG Innovation Pvt Limited in Pakistan, the fintech startup in the race to become an Electronic Money Institute (EMI). The only official at TAG Fintech in the US was CEO Talal Ahmed Gondal, who was also the CEO of the Pakistani entity.

After the three shareholders, the remaining pool was allocated for employees under the employee stock option plan.

Since the SAMBA bid was submitted by TAG Fintech, any offense committed by TAG Fintech official also affiliated with TAG Pakistan could compromise the Pakistani entity which has been gunning to secure the EMI license since 2020 and has raised multi-million dollar investment.

According to the senior official of the fintech startup, an inquiry was carried out to fix responsibility because offenses like tampering with official documents could risk action by the Federal Investigation Agency (FIA) and the SBP had shown an inclination to involve FIA in the matter.

On February 28, the same day the internal meeting at TAG was held, Talal Gondal, in his capacity as the CEO of TAG Fintech, wrote to the central bank to withdraw the bid for the SAMBA acquisition and also decided to step down as CEO of TAG Innovation.

Subsequently, on March 1, Talal wrote his confession admitting to document tampering under his oversight, but pleaded negligence instead of ill-intention, and also officially stepped down as the CEO of TAG in Pakistan. Stepping down as the CEO, Talal was also stopped from any involvement in the company operations.

In the interim, Talal decided to give the helm of all operations to Ahsan Khan who took over as the CEO following Talal’s resignation.

The official also revealed that following these developments and based on mutual understanding, Talal and Ahsan decided to withdraw funds from the company accounts of TAG Fintech as well as TAG Innovation, and subsequently an amount of $350,000 was transferred by Talal to Ahsan, besides another sum withdrawn by Ahsan Khan on account of paying salaries to employees which included payments to his brother Tayyab Kaleem Khan.

The $350,000 amount, which Talal claims Ahsan withdrew illegally from the TAG Fintech account, was revealed to have been transferred by Talal himself to Ahsan. On the other hand, in his June 16 letter to investors, Ahsan claimed that Talal had withdrawn in excess of $1 million from TAG Fintech and TAG Innovation accounts.

The SBP was subsequently told that besides forgery of the investor letter, founders including Ahsan this time had withdrawn investor money from company accounts and moved them to personal accounts.

The senior official also tells Profit that Ahsan was also subsequently removed from the company for his conduct. The high-ranking source further says that both the cofounders were removed with the consent of an investor in TAG, whose name was not disclosed.

The SBP was kept in the loop about all the changes because being the regulator, it has to be kept informed of changes in key positions at financial institutions. According to the source, the cofounders had even decided to dissolve the company at one point in time because of the fiasco they had created.

On March 17, a high-ranking official at TAG wrote a letter to the SBP as a follow-up to TAG’s request from February 28 to withdraw the bid for the SAMBA acquisition. In the letter, Talal’s statement, as well as his resignation letter, was attached.

In the run-up, the senior official calims that the executive chairman of the company was asked by the SBP to take additional charge of the CEO on March 18.

A few weeks later, on April 11, the State Bank suspended pilot operations of TAG and issued a show-cause notice addressed to Talal, CEO of TAG Fintech, and to CEO TAG Innovation, seeking an explanation “as to why action should not be taken against the sponsors, board of directors and management in terms of applicable laws, rules and regulations” following submission of a tampered document.

The SBP highlighted in the notice that its findings with regards to the tampered investor letter cast serious doubts on the integrity, honesty, and reputation of the sponsors, board of directors, and management.

According to the official, in response to the SBP notice, the central bank was informed that TAG Fintech CEO Talal, who was also the CEO of TAG Innovation, doctoring the investor letter was not ill-intention but negligence. Further, the money that was illegally withdrawn from TAG Fintech accounts was done based on mutual understanding of the founders, Talal and Ahsan, and that the rest of the management at TAG Innovation had no visibility on TAG Fintech accounts.

The SBP was further apprised that both the founders had confessed to their acts and were sidelined from the company. Because none of these actions were done on TAG Innovation’s platform, any such actions at TAG Fintech in the US should not ideally affect TAG Innovation’s operations in Pakistan.

The high-ranking official also states that considering that both the founders were very young, the State Bank was requested to take a compassionate stance on the actions of the founders who acted overenthusiastically.

He further tells Profit that a high-ranking TAG Innovation official has since been making efforts to save the company from suffering because of the fiasco created by the founders. “TAG has poached and accumulated very high-end human resource talent and if this company keeps running, it will keep providing employment to all these people,” the official says.

Therefore, in response, the SBP was also told about the human resource employed by TAG Innovation which should not be affected adversely because of the actions of the founders, especially since they were removed and were no longer in the management of TAG Innovation.

It was further revealed that after both the cofounders were removed from C-level positions in the fintech startup, some more discrepancies were discovered. It was found that the CTO of the company, Alex Luchianchuk, was never disclosed as a shareholder in TAG Fintech to SBP. This assertion was also made in Ahsan Khan’s June 16 letter to investors.

According to another source, under the EMI regulations, shareholders with 5-10% shareholding in the holding company are required to clear fit and proper test by the central bank. Alex, according to the source, owns 10% shareholding, therefore, the non-disclosure of Alex, the TAG CTO, as a shareholder to the SBP by TAG Fintech CEO Talal Gondal was another offense that was committed by him.

No documents have, however, been provided to back the above assertions. On the other hand, the State Bank of Pakistan had earlier been approached by Profit to understand the TAG saga from the SBP perspective but no comments were received from the central bank.

Read the original story with the version from the founders here: In its ambition to buy a bank, has Pakistan’s fintech poster-child killed itself?

Profit regrets that this version was not included to the original story but we will be updating the story with all the versions as they surface.