PAPS Autoshow 2022 – Suzuki has emerged as the winner 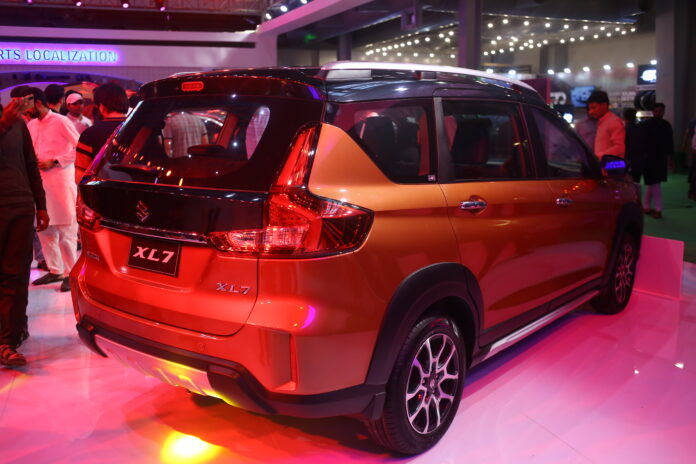 To all the car lovers out there – The PAPS Autoshow 2022 has concluded with yet another epic automobile exhibition.

The 3-day event became the center of attention for displaying as we saw some terrific cars of across all categories, models and sizes. It was a truly splendid event, which provided many car lovers an opportunity to socialize with their favorite automobile brands.
Different automotive manufacturers were exhibiting at this auto show to make an impression and get attention with their unique designs and new models.
There were vehicle displays from almost all the major players in the industry. However, Suzuki’s bay was fueling a lot of excitement and buzz at the event with its totally unexpected show of its most modern vehicles from its global line-up.

There were new SUV’s, MUVs, as well as hatchbacks every day of the event. The XL 7 and Suzuki Ertiga on display had a lot of attendees thinking that perhaps Suzuki is going to introduce an SUV soon, and natural this was the cause of a lot of excitement. As no other SUV manufacturer has the strong presence countrywide as Suzuki does. This means consumers in cities other than Karachi Lahore, and Islamabad too will be able to upgrade to SUVs if Suzuki goes on to introduce them.

The three days of the car show were thrilling. The crowd was shown a variety of Suzuki vehicles. Crossovers Hustlers and XBee drew a lot of attention due to their superior features and Quirky exterior designs and sturdy build quality. Hustler has already garnered quite a fan following in Pakistan as many imported versions can be seen on the Pakistani roads. So the excitement at the chance of local production of the same is understandable. All in all, Suzuki dominated with its constantly changing display over the course of the three day mega event.

CCL has a heritage of more than 50 years where they have contributed to the society, though their products, services and awareness activities. To...
Read more
NATIVE CONTENT

KARACHI: The unprecedented rains and floods in Pakistan have caused the devastation of an enormous magnitude in various parts of the country. Officials estimate...
Read more
- Advertisement -