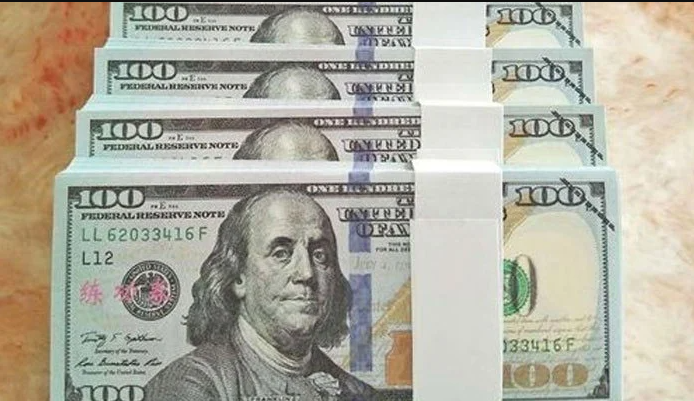 The global economy is passing through a perfect storm. The commodity super-cycle has led to record high prices of essential imports. On the other hand, emerging markets face capital flight with rising interest rates in the US and EU markets. Emerging economies are facing stress with rising import bills and depleting central bank reserves. Lebanon, Sri Lanka, Suriname, and Zambia are already in default.

Pakistan has done better as proactive measures taken by the government have averted the threat of default. These steps include measures to curb imports and budgetary measures to restore the IMF program. The markets are reacting positively to these policy measures. The yields on Pakistan sovereign international bonds have declined sharply to 22%, from peak levels of 50% in July 2022. The stock market has rallied 7% in August, while the rupee (PKR) has strengthened over 10% in the last few days.

The stability in the foreign exchange market is crucial for creating a certain environment for local businesses, attracting new investments, supporting growth, and managing inflation expectations. However, given the large external financing needs, PKR will likely remain under stress as the demand for dollars remains significantly higher than the available supply in the market, at least in the immediate run. With overall global negative sentiment on capital markets and the rating outlook downgrade by the international rating agencies, we are effectively priced out of the international bond markets.

This leaves the economy too dependent on borrowing from multilateral agencies and bilateral of 10 loans from friendly countries. The large funding requirements in emerging markets has put us in a weak position to negotiate better terms and conditions. Therefore, other than ensuring that existing FX flows continue to trickle into the country without delays to avoid any see-sawing of exchange rate in the market as recently witnessed, alternative sources of dollar funding need to be explored and managed in the medium term to ensure stability.

When the going is good, as the case in the currency market right now, is the right time to introduce certain measures that the exports and remitters shall be incentivized or coerced to bring in the existing stuck foreign currency remittances outside the country and ensure that they continue to arrive without delays and keep the markets calm. The central bank requires a better engagement with banks, perhaps on a daily basis at the treasury level, and with money changers. Better and aggressive enforcement of discipline is also a need of the hour.

On the other hand, the most significant alternative source of external financing in the last 3 years is the Roshan Digital Account (RDA) initiative of the SBP and the Naya Pakistan Certificates (NPC) of the Government of Pakistan. Approximately $ 4.8bn inflows have materialized under this scheme since September 2020, out of which $ 3.1bn is investments in NPC.

However, the inflows have slowed down sharply in the last few months due to unfavorable global market conditions. While global interest rates have risen sharply, with the benchmark 6- month LIBOR trading around 3.6% today compared to 0.15% in the same period last year, the profit rates offered on NPCs have remained unchanged at 5.5% – 7% across different tenors. The profit rates on the NPC instruments need to be market-based and linked to the LIBOR rates. Even at a 500bps spread over the LIBOR, the NPC profit rate of 8.5% will be significantly lower than the borrowing cost from the international bond markets, currently at 22%.

Urgent attention is needed to keep the NPC products attractive to incentivize fresh inflows and discourage existing investors from pulling out. The second area that needs to be addressed is the large and growing onshore holding of foreign currency assets, mostly cash held by individuals for saving or payment needs. No formal estimates exist of the size of these holdings, but its significance can be gauged from the following data points.

In previous episodes of market turbulence the low deposit base of banks has struggled to meet deficit financing needs of the government, leading to money printing by the SBP. During periods of uncertainty and exchange rate volatility, many private investors convert their cash holdings into dollars. The reason investors prefer to hold foreign currency assets under the mattresses (in cash or in their bank lockers) is the lack of returns offered by commercial banks and lack of alternate investment avenues.

There is also reluctance to declare these assets to tax authorities for obvious reasons. Therefore, the primary objective should be to cut down on currency in circulation and that’s only possible with reduced financing requirements of the government, either through keeping the debt-servicing lower by managing the policy rate at right levels (as the demand for currency in circulation remains not amenable to policy rate changes) or by avoiding fresh debt by enhanced tax and non-tax revenues.

We need to remind ourselves that we have to borrow to service our existing debt. The other option is to ensure that the enhanced money supply will be used to meet the mainstream requirements of the economy which at this stage is dollar inflows, ideally in the form of exports or other sources of investment (bank deposits or otherwise) to enhance fx pool in the country and ease-off pressure on government’s reserves. Today an investor will get only 0.2% to 0.75% on their FCY deposits, while big depositors can negotiate a higher rate. In comparison, commercial banks in India offer returns of 2.85% or higher on FCY deposits.

The central bank in India has recently waived the CRR and SLR requirement on incremental FCY deposits, incentivizing banks to raise their FCY deposits. SBP needs to focus on bringing down the money in circulation through digital financial inclusion and incentives for mobile banking solutions. They also need to bring solutions on how these large onshore dollar holdings can be brought into the banking sector, without causing a flight of capital.

One possible solution can be a limited-time exemption for the citizens to invest in the RDA products. We need to recognize and appreciate the fact that policy concessions shall be driven by economic and country needs with the center of the plate being export/ fx flows. Unfortunately, we didn’t witness those aspects pronounced in the previous policy actions or stimulus packages. Future policy actions shall nucleus around such obvious economic compulsions.

The digital revolution is truly transforming Pakistan’s economy and has become an important source of income from abroad. In the last fiscal year, the total exports of digital services stood at $ 2.6bn with an average of 40% growth per annum in the last 4 years. The growth in the digital ecosystem is still in the early stages and OICCI estimates its potential at $ 10bn. In comparison, India leads the world with IT exports of $ 150bn and the Philippines’ annual IT exports were $ 30bn in 2021. This sector should be a priority and the government must focus on addressing key areas related to payment gateways, tax treatment and international certifications. The government has revoked the tax exemption given to the IT sector till 2025, which will be counterproductive to the growth of this priority sector. The IT and Digital sector not only offers immense potential for foreign currency flows through service exports but also Web3.0 becoming a reality, we need to be prepared to explore possibilities of harnessing those FX flows through regulatory actions which are currently out of the formal system.

While there are no regulations required for Web3.0, as such; however, central banks are working on Central Bank Digital Currency (CBDC) or writing regulations on Cryptocurrencies and their use cases. CBDCs several countries who have started pilots including China, Sweden, Nigeria, India, etc. Regarding regulations on Crypto, there are few countries who are considering to attract digital assets owners (crypto owners) into the formal fx system. Switzerland introduced crypto banks and a couple of pilots are underway. This is being tested mainly to solve the issue of digital custody and legal ownership of crypto.

An amendment in the regulation on electronic money and payments is being proposed to include crypto by use of Stablecoins or Bitcoins for payments in the UK. Interestingly, Visa and Mastercard payment networks are also starting to experiment on issuing cards for specific crypto in selected countries for premium clients, e.g., Visa had started bitcoinblack in Dubai and Mastercard is piloting one in Indonesia.Digital currency is the future, particularly in our case where 68% of the population is below the age of 30-years, and we need to gear-up for it too. In fact, work on regulations to make this reality deliver in our favor in meeting our exceeding foreign currency requirements.

However, the most critical element to limiting the external financing gap is ensuring that the recent growth in Exports and Remittances is sustained over the medium term. FY2022 was a landmark year for Pakistan as both Exports and Remittances were recorded at $ 31 bn each. There are concerns that we will not be able to sustain these levels in the current year due to fears of global recession, growing power shortages and roll back of subsidies. According to the World Bank, Pakistan’s export potential is over $ 88bn, but we are hampered by low productivity in agriculture and manufacturing.

The World Bank report identifies power tariffs as a major impediment with ‘average tariffs on final goods in Pakistan are 50 percent higher than the average for South Asia, and almost three times higher than the average for East Asia’. The other major area identified is the cost of doing business, with customs tariffs and duties escalating input costs for our export industry. All these measures are at best medium term in nature, the immediate requirement, however, is to identify opportunities which provide necessary breather in financing external account deficits.

While we wait on the IMF staff and friendly countries to bail us out one more time, we must develop a homegrown reform agenda. Our charter of the economy must focus on boosting our productivity and competitiveness leading to sustained growth in exports of goods & services. The charter of the economy must also commit to ensuring policy consistency, especially in priority sectors, such as, IT and light engineering export industries. In the short term, we must address our large external financing needs by boosting inflows into the RDA accounts by giving incentives to both overseas Pakistanis and onshore holders of foreign currency.