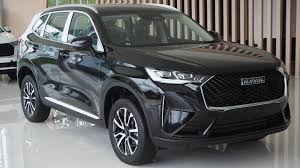 LAHORE: Haval Pakistan is set to launch Pakistan’s first completely-knocked-down (CKD) hybrid-electric-vehicle (HEV) later this November. The vehicle will be part of its CKD H6 line-up launched in October. The company will, thus, be the first in Pakistan to have achieved this feat, and will have done so prior to competitors such as Toyota’s Corolla Cross and Honda’s HR-V.

Haval Pakistan is the result of a joint-venture between Sazgar Engineering Works Limited and Great Wall Motors (GWM) in 2021. The Pakistani parent, Sazgar, is currently the largest three-wheel/rickshaw manufacturer by sales, according to the Pakistan Automotive Manufacturers Association (PAMA). Profit asked Ammar Hameed, Director at Sazgar, as to how Haval was able to beat other incumbents such as Toyota and Honda, two of the three members of the Big 3, in the race to launch an HEV. Hameed refused to comment on the particular companies Profit had asked about. However, he did elucidate upon why Haval was able to beat some of the newer entrants to the release of Pakistan’s first HEV.

“We already had prior experience with automobiles whereas the others did not. Subsequently, they had to hire consultants to bridge the gap. This experience has allowed us to be ahead of our deadlines. In regards to transferable knowledge, we were already working on automobiles. That automobile had fewer parts whereas this one has more parts. Prior to this Sazgar, Haval’s parent, had already introduced Pakistan’s first electric rickshaw in 2022.

“There has, however, been no carry over of parts from the rickshaws to the HEV.The engineering teams are entirely different but our senior management for both the rickshaw and the HEV are the same.” Hameed clarified to Profit.

The Haval H6 HEV is set to retail for an ex-factory price of Rs 9.749 million. This price tag will place it at the top of Haval’s product line-up, in terms of prices, with the nearest alternative being the H6 2.0 at a price of Rs 8.499 million. “If you compare this with the Haval 2.0 then the price is just an additional Rs 1.25 million. It has the same features as the 2.0 whilst also providing a hybrid engine that will assist in fuel economy.”

Fuel economy is a key component to the H6 HEV, and to most other HEV’s, sales pitch. There is no doubt that 2022 is the best year to market the fuel economy of a vehicle given that the prices for petrol and hi-speed diesel have increased 55 per cent and 66 per cent respectively from January till date. However, it is unknown how price sensitive those customers who are in the market for a nearly Rs10 million vehicle are to changes in the price of fuel.

Globally HEVs do have higher up-front costs in comparison to their combustion engine counterparts. This cost is likely to have been compounded by the fact that Haval, as one of the newer entrants in Pakistan’s automotive market, lacks the robust supply chains enjoyed by the Big 3. “This is one of Haval’s products and everything is currently being imported. Localization will begin shortly. All the parts are being imported for now similar to the rest of the newer entrants.”

The import of parts raises the question of whether the H6 HEV will be faced with supply shortages similar to those that saw Suzuki and KIA limit bookings for some of their vehicles over the summer. “We are able to cater to demand whilst being within the quota that has been allocated to us. We’re not in a position similar to the Big 3 who’s productive capacity likely exceeds their quotas. The State Bank’s quota is not a problem for us right now. However, it will likely encumber us in a year or so if the current quota persists.”

Haval’s lack of integration with local supply chain partners may actually benefit them. This is because by relying on imports they circumvent local suppliers who too are subject to import quotas. “Take our parts manufacturers for example. They are suffering delays, and if a car is made up of 100 parts, then we cannot very well roll out a car with 99 parts, can we?” Abdul Waheed Khan, Director General of PAMA told Profit earlier when we asked about the persistent delays in deliveries by many of PAMA’s members. However, this production benefit does come at the expense of greater forex exposure for Haval. Future rounds of Pakistani rupee depreciating could easily make this vehicle out of reach of many prospective customers.

The four-wheel segment now accounts for 54 per cent of Sazgar’s revenue, based on its annual report for 2022. That too, only a year after its introduction to the line-up. The move to introduce Pakistan’s first HEV will likely also allow Haval to build-up brand equity for the rest of its portfolio. In doing so, the HEV will have the knock-on effect of boosting sales for Haval’s other vehicles, even if it does not break sales targets itself.

Going forward, this is likely to put pressure on other automotive manufacturers to rise to the occasion as well. It will particularly apply pressure to the aforementioned brands who have either already touted a release of their HEV vehicle for next year, or those who have only managed to release the combustible engine variants of their vehicles who do have HEV editions to them.