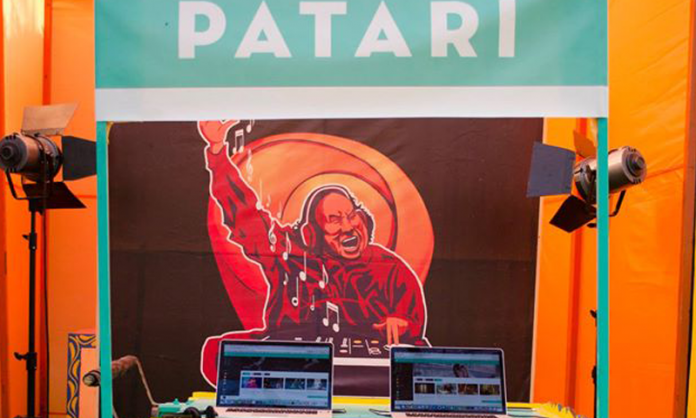 Only within six months of its official launch, Patari, an online music streaming venture, has won both hearts and business competitions. The portal is playing a pivotal role in escalating the revival of the long-eclipsed music scene of Pakistan, one milestone at a time.

“The ideal marriage of technology, music and art transcended into a business idea that looks forward to keeping its promise of full transparency and royalty distribution,” said Khalid Bajwa, Co-Founder of Patari, while explaining the business model of the portal.

The winner of the Startup Cup Competition 2015, arranged by Indus Entrepreneurs and the US Embassy, Patari announced its first batch of royalties for musicians in January 2016. In fact, the payout cheques have already been dispatched.

Furthermore, the company promises to provide 40% of its earnings to musicians in the name of royalties every quarter. The money will be proportioned on the basis of the number of plays the music of each musician gets on the portal.

Bajwa confirmed that the royalties paid were generated from the income earned through marketing campaigns, of which a major chunk came from advance ad bookings on the website and the app.

“This is the first time the band has received any royalty from Pakistan,” said Ali Noor, lead vocalist of the band Noori, which is among the chief benefactors of the royalty, along with Junoon and Strings. “Patari has taken great initiatives. I’m not exactly sure if Patari will be the next big business or not but it certainly aligns with the need of the hour.”

Furthermore, Patari also plans on supplementing its income through two upcoming features: Patari Khaas (premium version of Patari which will enable the users to download their favourite songs and listen to ad-free music) and audio adverts after every two or three songs.

Currently, Patari has more than 30,000 songs forming a database of over 1000 musicians of Pakistan. The portal enjoys over 250,000 users on a monthly basis, of which 30% comes from the app yet constituting for almost 70% of the clicks each month.

Although, the freshly initiated venture was very well-received in Pakistan, many say that Patari was never an idea but an opportunity hanging in the air, as similar apps like Spotify and Saavn were already very famous in the young generation of Pakistan. A Pakistani podium that has all the Pakistani music in it was the need of the hour; Bajwa and his team were smart enough to take the lead in materializing the idea.

“I agree with those who say Patari was not an idea but an opportunity,” said Bajwa. “Every idea is engendered from one place or the other. Nothing is original. Nevertheless, we were able to confer Patari with a personality. It feels like you’re enjoying music with a person and not an app when using the portal.”

Granting Patari was started at the Plan 9 incubator centre, it has seen immense accomplishment at its inception stages only. A portal growing at this pace needs dedicated employees and Bajwa claims that his team is both keen and competent.

Initially, the business had only two employees but the growth of the project can be measured by its current workforce of 20 workers counting to 13 full-time employees, 5 volunteers, and 2 interns. “Each of our team has impeccable strength and the task delegation is also very well-structured. Many of our employees are Twitter celebrities and they have a Twitter-way of promoting Patari” said Bajwa.

Patari foresees the future in the amalgamation of digital media and conventional means. Therefore, it aspires to rejuvenate the cycle of music production, its display on platforms and the arrangement of concerts in Pakistan.

“We wish to reinstate the cycle of music production through record labels. The CEO explained. “Also, we want to escalate the long-dead culture of gigs. Our venture covets to play a significant role in reviving the music industry of Pakistan.”

PESHAWAR: The arrival of millions of tourists to Malakand  and Hazara Divisions from all over the country during Eid-ul-Azha vacations generated huge employment opportunities...
Read more
- Advertisement -

July 27, 2021
The State Bank of Pakistan has decided to maintain the policy rate at 7 per cent for the next two months, the central bank's...