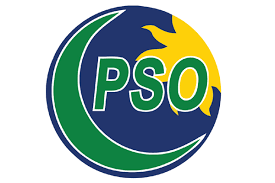 The oil transportation of Pakistan State Oil (PSO) through Pakistan Railways has increased from four percent to 38 in three years.

“In the past, the percentage of the oil transportation of the PSO through railways was only four percent which was very low that has now enhanced by concerted efforts of the Pakistan Railways,” an official in the Ministry of Railways told APP.

He said the increase has around 10 times more as to the previous transportation of oil through railways and efforts are underway to further enhance it.

To a question about the new locomotives, the official said new locomotives will specifically be utilised for freight trains and it will also help to increase transportation of oil.

“Due to the prudent policies of the present government and efforts of Railways Minister Khawaja Saad Rafique, some private companies were also showing interest to invest in Pakistan Railways,” he remarked.

The official said that the railways has improved the business of freight trains which was helping the department increase its income and reduced its losses.

He further said now Pakistan Railways has decided to reserve oil for trains operations across the county for 30 days which was only for one or two days in the past.