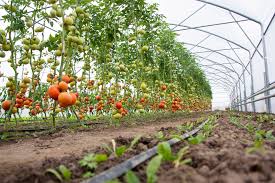 Federation of Pakistan Chambers of Commerce & Industry (FPCCI) has appointed Ahmad Jawad as Chairman Regional Standing Committee on Horticulture Exports for the year 2017 through a letter.

He said: “If we take a look at an international level, the horticulture sector has been gaining importance since last two decades as a world trade. The fact is that in recent years, developing countries have created a space for themselves in this market. But they are not able to move beyond four to five percent of the world trade and in comparison, Pakistan’s share is just 0.3 percent.”

“Under Strategic Trade Policy Framework (STPF) for 2015-18, a Short-Term Export Enhancement Strategy, the commerce ministry has identified four areas and horticulture is one of them but no incentive in the PM Exporters Incentive Package of Rs 180 billion is seen which is unfortunate,” he remarked.

The government must admit that horticulture sector has not received the attention it deserves. Pakistan’s horticulture industry is well-distributed among the various climate zones which range from the sub-zero temperature of mountains of North to dry and humid plains of Punjab and to the coastal areas of Baluchistan and Sindh.

He said the government should provide 5pc incentive on freight-on-board (FOB) value and a three-year holiday from the 1.25pc tax including withholding tax (WHT) for strengthening this sector.