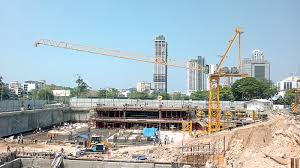 The government has so far released Rs274.122 million for various projects of the Revenue Division out of its total allocations of Rs687.304 million earmarked in the Public Sector Development Programme (PSDP) for the fiscal year 2016-17.

Out of the total amount released, Rs138.8 million have been provided for development the f Integrated Transit Trade Management System (ITTMS) under the ADB Regional Improving Border Service Project, according to official data.

The government has earmarked Rs347 million for this project under the development fund of the current year.

The government also released Rs60 million for establishment of Inland Revenue offices in Pakistan for which an amount of Rs150 million would be spent during the current fiscal year.

An amount of Rs20 million have been released for feasibilities of MMC Gwadar, Regional Tax Office for Islamabad and Sargodha, and Directorate of Intelligence and Investigation IR Karachi. An amount of Rs46.58 million would be spent on these feasibilities during the current year, according to the data.

The government also released Rs14.626 million for construction of new accommodation and overhead water tank in the premises of FBR Complex, Spiny Road, Quetta. The total allocations for the project have been fixed at Rs30.569 million.

A sum of Rs14.544 million have been released for construction of additional block for the RTO at Gujranwala on which Rs30.367 million would be spent during the current year.

In addition, the government released Rs10.152 million for security improvement in Karachi Port project; for Port Qasim’s installation of three fixed and one mobile scanner with the assistance of the JICA, as many as Rs25.378 million would be spent on the project during the current financial year, according to the data.

It is pertinent to mention here that the government has so far released Rs363.980 billion for total development projects of various divisions out of total allocations of Rs800 billion earmarked under the PSDP 2016-17.