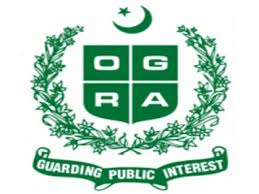 Govt to not increase prices in accordance with the OGRA recommendations

ISLAMABAD: Oil and Gas Regulatory Authority (OGRA) has worked out a hike up to Rs 13 per liter in the prices of oil for the month of April 2017, and forwarded its working paper to the government for final approval.

Sources in OGRA disclosed to Pakistan Today that the regulator has forwarded a working paper regarding oil prices to the ministry of petroleum & natural resources and recommended upward revision in the prices of petroleum oil and lubricants (POL).

According to OGRA’s working paper, sources said the price of the price of kerosene oil (SKO) may face a hike of Rs 13 per litre, which would take the price to Rs 57 per litre from the existing Rs 44/litre. Similarly, the Light Diesel Oil (LDO) record increase of Rs 7.75/litre, meaning the price will go up from Rs 44 to Rs 51.75 per litre.

Official sources at the finance ministry, on anonymity, said that the government would approve hike due to constant demand of the OMCs regarding oil prices. They said increase is likely as crude oil prices in the international market have also witnessed upward revision. “The government is expected to jack up POL prices for the month of April 2017. However, it will raise the oil (POL) prices not in accordance with the recommendations of OGRA, they added.