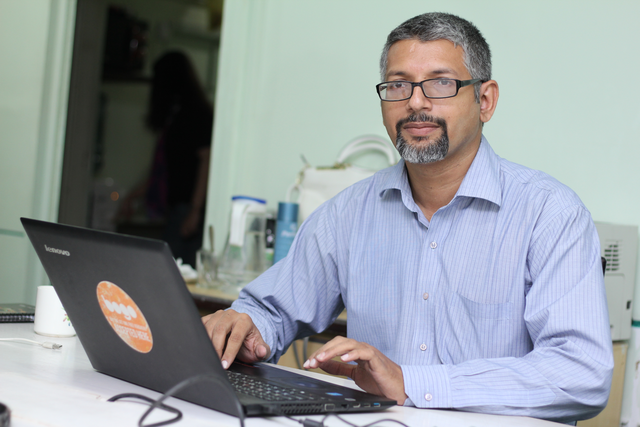 Mehwish Nadeem, a 35-year old housewife and home-based fashion designer, has recently found the ultimate way to save bucks on outings, dine-outs and parties. So far she has saved up to Rs5,000-Rs6,000 on her recent sprees. This includes a night out with her husband when she did not want to cook at home, a sudden dinner plan with sisters who live in another corner of the city and a one-dish party at her home in Defence where she utilized the recently bought Bogo Mini Book and saved money on food deliveries for her guests.

Bogo – namely Buy One Get One – is a non-conventional voucher book featuring over 100 restaurants, salons, cafes and services where users can avail discounts and deals. Available in two variants: Bogo Mini can be bought for Rs 1,000 and Bogo Grand is available for a price of Rs2,000. The company has recently launched a mobile application as well for Rs2,000; however, the same app is complimentarily available to the buyers of the Bogo books. Customers can download and avail discount vouchers updated frequently on the application.

The voucher book can assist customers in saving up to Rs450,000 annually if all the vouchers in one copy of Bogo Grand are redeemed in a validity period of one year.

“I played a game on a Facebook group and won the Mini Bogo for half the price (Rs500),” says Nadeem who conveniently recovered her book’s price while redeeming her first voucher.

Nadeem is happy and she intends to share her happiness with others as well. However, Aruba Shoaib, a young student residing in Malir Cantt and Bogo user is unable to fully enjoy the book as Nadeem.

“I was one of the first few customers of Bogo,” says Shoaib who first saw the book on Facebook through a sponsored advertisement by the company in February. She then ordered Bogo Grand through its website and received the voucher book worth Rs2,000 along with a complimentary movie ticket.

Her excitement soon turned into disappointment when she tried to redeem her first voucher. It was revealed to the Malir Cantt resident that Bogo vouchers – in most cases – were only valid for Defence and Clifton area. This must have disappointed her and till now has she has only used a couple of vouchers as she has to travel at least 15 kilometers to avail the discounts in her Bogo book.

It is essential to mention here that Shoaib has recovered her full cost of the book in the few vouchers she has used till date.

Both Shoaib and Nadeem have entirely different experiences of the same voucher book, however, they both seem to be intrigued with the idea Bogo brought to Karachi and this motivated Bogo to print its next edition in 2017, which is now available in the market at the same old prices.

Moreover, existing customers like Nadeem and Shoaib have another advantage, they will be able to buy Bogo Grand on a discounted price of Rs1,000. This comes as a move from the management to benefit the loyal customers.

Based on the concept of The Entertainer – a Dubai-based coupon book – Bogo was founded by Karim Kabir, Murad Somani and Karim Habib.

‘’The founders of Bogo were living in Dubai and they said okay, why don’t we have this concept [The Entertainer] in Karachi,’’ Tyrone Tellis, Marketing Manager Bogo, said while talking to Profit.

Soon after, the three partners came back to Karachi and began their work in the beginning of 2015. The first Bogo book came out in January 2016 and orders via Bogo.pk started coming in. Tellis says the idea was ‘novel’ and the company managed to get ‘very close’ to their target of selling 10,000 books in the first year.
“We are very close to achieving the target that we set out and [that] was not an easy target,” says Tellis, further adding, “We said let’s do it, let’s aim big and we’ll achieve something.”

After acquiring a large customer base in Karachi in first 10 months of the venture, the Bogo team headed out to Lahore. This year the company plans to retain and expand its customer base in both the cities.

However, the core problem Shoaib and other customers are facing still remains – the limited applicability of the discount voucher

s in select areas of cities.

“That issue has been already addressed when we received complaints,” said Tellis answering the query regarding Bogo’s usefulness in Defence and Clifton area mainly. He added, “We have now [included] outlets from Dolmen mall (Clifton, Tariq Road and Hyderi) to cater to the customers and then there are more restaurants from other places.”

“Of course, there are not many brands [as per our standard] in Gulistan-e -Johar and most of these brands are congregated in Defence and Clifton area. However, now the brands are expanding and going to other areas and as that happens [expansion of brands] the same will happen with Bogo,” said Tellis regarding the problem which the company hopes to overcome with time.

Although it remains a hindrance right now for both customers and the management, Tellis says the team is motivated to keep in touch with their customers and make Bogo 2017 ‘better than before’.

Customer service is the core focus area for the team Bogo, Tellis says that Bogo follows the mantra of ‘Customer is God’ and not one unhappy customer will be left out by Bogo management.

‘’Our goal is that [to ensure] not one customer is displeased with our product, for us one is one too many,’’ says Tellis regarding company’s policy. ‘’That’s what we work for,’’ he added.

This practice was vouched for by Shoaib who was given complimentary vouchers to compensate for the unpleasant experience she had in the beginning. So much so that Shoaib plans to buy the voucher book’s 2017 edition as well.

Comprising of a small team of 10 people, Bogo is determined to maintain its customer relationships. For this purpose, the team has set up its own call center and social media team.

‘’Call us anytime you have an issue or SMS us, or [contact through] Facebook,’’ says the Marketing Manager. ‘’We are constantly in touch with the customers […] we know what the customer wants,’’ he confidently assures.

- Advertisement -
Facebook
Twitter
Linkedin
WhatsApp
Email
Previous articleSeth-ification ahoy!
Next articleProfit explains: Why is Pakistan moving towards coal as its main energy source while the rest of the world moves away?