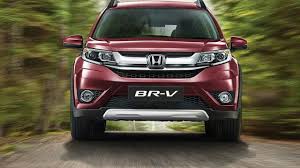 Honda Atlas Car Pakistan Ltd (HCAR) has officially commenced the production of BR-V ‘a seven seater Multi Propose Vehicle (MPV) with the start of this month, April 2017, owing to its rising demand and low price value compared to other newly launched cars in Pakistan.

“The newly launched BR-V MPV is set to hit the showrooms by 24th of April,” the dealers in Karachi said here on Tuesday.

Since the commencement of pre-bookings in February 2017, around 5,000 BR-V’s have been booked so far. To point out, the car is being launched in two variants with a price tag of Rs 2.2 million and 2.3 million, respectively, the industry’s source said.

“The response for Vitara and Ciaz of Suzuki is very positive and Honda Atlas had premonitions about losing sales in this segment, in the form of a compact crossover. “BR-V can be an answer.” A dealer said. Atlas initially imported such vehicles from Thailand, chewing away at Suzuki Vitara’s sales. However, its about time and now they are ready to locally assemble the car.

An analyst at Topline Brokerage house said, “HCAR is the first of existing Original Equipment Manufacturer (OEM) to add a completely new product, Honda ‘BR-V’ – a seven seater MPV, to its existing offerings.” He said that with the launch of locally manufactured and budget friendly, BR-V, HCAR is set to discover a whole new market segment and will be in a sweet spot to capitalize on the resulting growth potential from this segment.

The stock is offering a total return of 21 per cent, the analyst said. The strong pre-orders of the newly launched Honda BR-V, with earning estimates of 15-22 per cent for 2018-19, respectively, and continuation of a strong and rising demand for the existing product base with delivery periods extending to 5-6 months, is quite encouraging, he added.

With a continuing euphoria of the 10th Gen Civic, where the waiting period is 6 months with a premium reaching to Rs 300,000 and stable volumes of Honda City, with respective order book filed for 5 months in advance, the analyst foresees a total sales volumes to post a 3-year CAGR of 26 per cent. However, contraction in City’s Volume in 2018-19 as the launch of the newer generation is expected next year, might have its due impact, he added.

HCAR has the lowest localization level among its peers, with 80-85 per cent of its foreign exposure tilted towards PKR/USD parity, making it prone to the devaluation of Pak Rupee against the greenback. The parity will go through an annual development of 3 per cent, which may keep the company’s gross margins in check. Accordingly, HCAR’s gross margin average is expected to be at 14 per cent over the next 3 years, he added.

In order to cater the phenomenal demand for its product base, HCAR started to operate on a double-shift basis in December 2016, with utilization levels reaching to 71 per cent in 2016-17. The company’s utilization will reach a record level of 93 per cent in 2017-18. Moreover, the analyst suggests that once the operations are streamlined on double-shifts, the company may plan and incur a minor Capex in order to resolve the bottle-necked existing assembly lines, effectively enhancing the available capacities.

Regardless of BR-V competing against Vitara or not internationally, Honda Atlas surely has to bring something to compete with Vitara and Ciaz of Suzuki. BR-V is the only cheap alternative at this point in time, the dealer said.

Suzuki Company had launched the imported Vitara and Ciaz in 2016 in Pakistan and both vehicles’ demand is pouring in from all across the country.