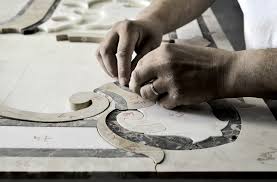 Chinese investors should consider investing in Pakistan’s growing stone industry as the country has a huge demand for marble, stated Federal Minister for Industries and Production Ghulam Murtaza Khan Jatoi.

He gave these views while meeting with Chinese investor Li Jianxin in a meeting at the Ministry of Industries and Production on Tuesday. Pakistan Stone Development Company (Pasdec) Chairman Agha Shahid was also present at the meeting.

Jatoi mentioned that Pakistan had huge investment potential in stone polishing, engineering, mining, energy and infrastructure. The China-Pakistan Economic Corridor (CPEC) has opened new avenues and horizons of industrial investment between the two countries, he said. He also highlighted that there was a lot of room for building bridges to link the two nations. Jatoi hoped that the industrial relationship would help Pakistan learn a lot from Chinese experience.

Hebei Jianxin Architectural Group is willing to invest in the stone industry and real estate,  Li said about his group, which would also bring new technology in Pakistan through modern-style marble polishing, flooring, ceiling and wall gilding.

Li stated that the group was interested in establishing an industrial estate in Karachi. He also extended an invitation to Jatoi to visit China.