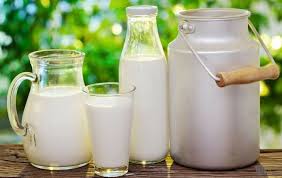 The Ambassador of United Arab Emirates H E Mr Essa Abdullah Al Basha Al Noaimi said that if developed on modern lines, Pakistan’s dairy sector has the potential to promote €20 billion exports of dairy products to Europe and other countries. He said UAE considered Pakistan an important country of the Muslim world and wanted to further enhance bilateral trade with it. He said this while addressing the business community at Islamabad Chamber of Commerce and Industry.  He said that under UAE’s Pakistan Assistance Program, 165 projects were launched in Pakistan in health, education, infrastructure development and other areas that would mitigate the problems of Pakistani people.

He said UAE was going to organise first international level “Expo 2020” in which 80 countries would participate and about 50 million people would visit this event. He invited Pakistani business community to participate in the Expo and explore new business opportunities. He said businessmen could set up pavilions or hire space in that Expo. He said about 600 Pakistani companies were doing successful business in free economic zones of UAE, while about 1.1 million Pakistanis were contributing to its economic development. He assured that UAE would continue to assist Pakistan for its better economic development.

In his welcome address, Khalid Iqbal Malik, President, Islamabad Chamber of Commerce and Industry said that Pakistan and UAE enjoyed cordial relations while bilateral trade between the two countries in 2014 was around $9 billion. However, he said the two-way trade was still less than the actual potential of both the countries.  He said UAE’s bilateral trade in 2015-16 with one of our neighbours was over $50 billion which showed that Pakistan and UAE have great potential to improve the trade figure. He stressed that both countries should focus on promoting a strong connectivity between their private sectors to further enhance bilateral trade.