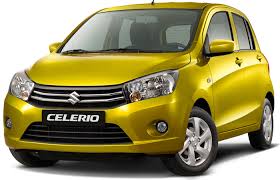 The ‘Orange Cab’ scheme announced by the Punjab Chief Minister Shahbaz Sharif for the unemployed youth may double the car production of Pak Suzuki Motor Company (PSMC) in the next fiscal year.

The government of Punjab is set to launch the “Orange Cab” scheme, seeking to provide 100,000 cars to the unemployed youth of the province. “The scheme will be launched this year,” Punjab CM was quoted as saying in a tweet.

With the Orange Cab scheme in the pipeline, the province may see a surge in the number of cars on streets.

According to a survey conducted by the Pakistan Bureau of Statistics, the total unemployment rate in Pakistan is 5.9 per cent in 2014-15.

“The announcement of Punjab Orange Cab scheme by CM Punjab with a total scheme size of 100,000 units to the unemployed youth of Punjab adds an additional demand for PSMC’s offerings,” analyst said. “We finalise our assumption in the light of price announcement, accommodating a slight increase in costs, making for Rs 1.13 billion rise in the net profit after tax (Rs 13.7/share) from the new variant as opposed to the old offering, the analyst said.

On Last Sunday, the PSMC had launched its new Cultus (Celerio) in Lahore after Vitara and Ciaz with an intention to capture the market share. The engine size has remained the same. A complete redesign of the car, dual airbags, immobilizer and ABS brakes are the new additions.  “Its sales will enhance by 7 per year-on-year,” the analyst said.  The industry sources confirmed that PSMC will introduce 660cc, replacing Mehran in the first half of 2018.

The impact of the new model (list price 16 per cent higher than the older variant) amounts to the incremental earnings of Rs 1.13 billion (Rs 13.7/share). At Rs 1.25 million for the base variant and Rs 1.39 million for the higher end offering, demand for the new Cultus (Rs 1.33/1.46 million for manual/auto) may suffer from cannibalization as the delta between Swift vs. Cultus falls to 5.4 per cent vs. 18.6 per cent against the list price of the old Cultus.

AKD analyst said, “Falling short of incorporating the aforementioned catalysts in our estimates, the analyst highlights the possible impact of this on PSMC’s capital expenditure (CAPEX), laying out the increased possibility of a full out CAPEX plan being substituted for a BMR or bottle neck reducing investment, abstaining from expanding the capacity outright.” The analyst said PSMC must finalise CAPEX plans and product roll-outs to effectively fend off new entrants.

Additionally, going by management’s initial plans, additional variants and replacement of old offerings (Mehran in particular) were contingent on the approval of incentives, which may not go through (citing news reports and BoI announcements), he said.

Earnings growth resulted from the following:

With developments at the forefront, the launch of new Cultus vis a vis possible government schemes spurring the demand and associated CAPEX plans, the result can be observed to have a positive impact on two fronts, the analyst said.

Improved margins from higher CBU sales (GM for first quarter 2017 at 12.2 per cent vs. 10.7pc/11pc for 4QCY16/1QCY16), along with liquidity remaining relatively unhampered from the imposition of a 100 per cent cash margin for CBU and spare parts’ imports imposed by the SBP.