FTA with Thailand likely to be finalised in May ’17, says Dagha 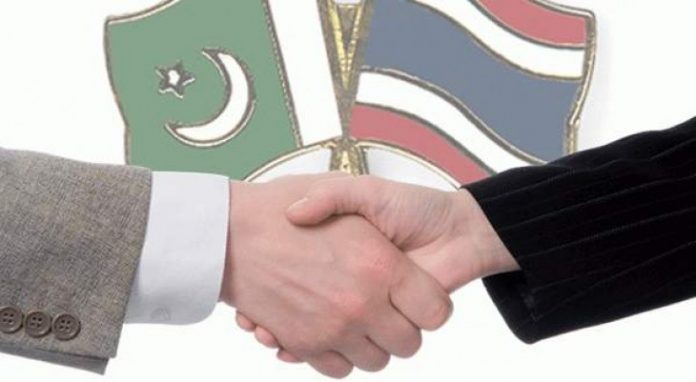 Pakistan is likely to sign Free Trade Agreement (FTA) with Thailand in May 2017, which would help increase the volume of trade between the two countries.

Commerce Secretary Younus Dagha in a recent meeting with Wibnoonlasana Ruamraksa, permanent secretary Ministry of commerce Thailand, during his visit to Thailand said that he is hopeful that the next round of talks due to be held in Bangkok from May 17-19 would be the conclusive round before the signing of the FTA. Dagha also informed that most of the issues relating to the FTA have been resolved. He also told Ruamraksa that the Pakistani businessmen are eager to expand trade with Thailand under the FTA agreement.

Ruamraksa also shared the eagerness towards the finalisation of the FTA negotiations. She encouraged traders and businessmen to engage in single country exhibitions in order to promote contacts between the two countries.

Dagha welcomed Thai businesses to relocate their industry to Pakistan especially in the wake of China-Pakistan Economic Corridor (CPEC). Thailand’s experience in food processing, Halal Certification and hospitality can find numerous industrial and trade opportunities in Pakistan, he added.