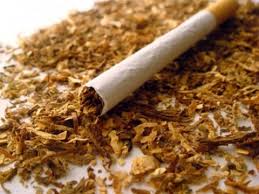 The government should increase excise duty on cigarettes by 75 per cent in the upcoming budget. This was suggested by a technical working group on tobacco.

The group—which has members from the World Bank, World Health Organisation, the Tobacco Cell at the health ministry, Bloomberg partners and the Federal Bureau of Revenue—has recommended that the finance ministry raise the excise duty on cigarette packs which fall under the lower slab from the current level of Rs33 to Rs44.

Officials say that 80 per cent of all cigarette brands fall under the lower slab. By increasing the tax on these brands, it would render these brands out of reach for lower income groups, especially youngsters and under-age smokers.

The group had made similar recommendations last year as well when the duty was enhanced from Rs28.40 to Rs32.98. The duty on higher slabs currently stands at Rs74.10, which will be increased according to the inflation rate.

It has also been discovered that multinational tobacco companies have proposed to FBR the introduction of a third slab, which is expected to give tax relief to cigarette packs belonging to the middle bracket. The proposal has been submitted as a suggestion to curb cigarette smuggling in Pakistan. Talks are being held in FBR for the consideration of this proposal, however, if accepted, this slab will go completely against the recommendations of the working group.

Apart from increasing the excise duty, the group has also recommended removing all exemptions on tobacco for a few certain branches of the government.

Pakistan had signed a Framework Convention on Tobacco Control (FCTC) in 2004. Under article 6 of the FCTC, Pakistan has to implement a tax and introduce price policies on tobacco products as part of measures taken to reduce tobacco consumption.