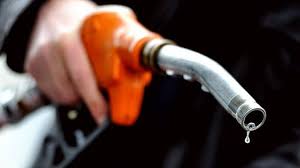 Sources have been reported to have said that Ogra has also asked the AJK government to direct district administration to pursue action against retailers caught selling inferior quality petroleum products, lower quantity, and overcharging.

The issue was highlighted when deputy commissioner (DC) of Rawalakot, Poonch, AJK, lodged a complaint with  Ogra that pumps of the OMCs in his district were “involved in overcharging and dispensation of substandard quantity of products to the commuters”. He further asked Ogra to investigate the matter in detail and take action as per the law by appointing an investigation team.

Since overcharging can be detected on the spot, show cause notices were issued to companies indulging in the practice. However, selling of inferior petroleum products requires lab testing and quality analysis which will be dealt with separately.

Ogra is also reported to have asked the AJK government to ensure that the notified prices of petroleum products are enforced through DCs concerned and to take strict action against the defaulting pumps under applicable laws and rules.

A senior official of an OMC is reported to have said that said the oil companies do not have their own petrol pumps in AJK and most of the retail outlets sell petroleum products under a personal license and trademark. He further informed that OMCs will coordinate with local administrations to direct action against retailers who violate the quality standards and price. He further informed that OMCs have the authority to cancel licenses of retailers, impose penalties and issue warning if found in violation of standards and laws.