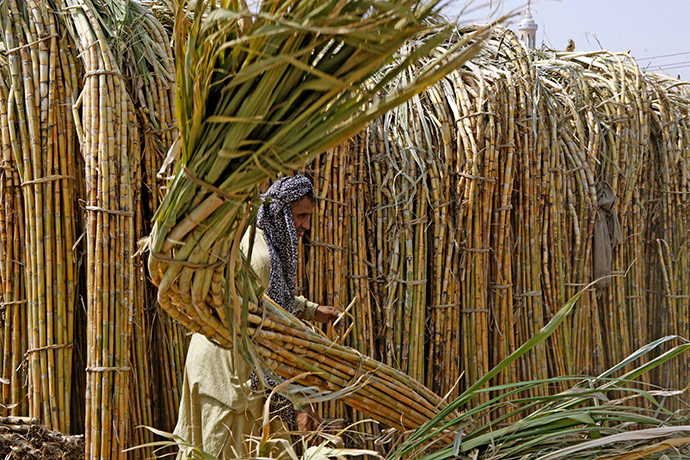 Federal Minister for National Food Security and Research (NFS&R), Sikandar Hayat Khan Bosan has said that sugarcane is an imperative cash crop and Pakistan is on the 5th position in the world for sugarcane production.

Addressing the seminar on “Mobile Sugarcane Crusher” by National Agriculture Research Centre (NARC) here on Thursday, Sikandar Hayat Bosan said that Punjab is the foremost province in sugarcane production, which contributes about 68% of the total sugarcane production.

Appreciating the efforts of agricultural scientists, he suggested that such a mechanism be devised which can cater to one of the biggest challenges which our country is facing. He further said that the challenge is to increase the amount and availability of our labors, by introduction of specially designed machinery. His main emphasis was the reduction of difficulties that poor farmers are facing.

Director General (DG), Engineering Division Dr. Nadeem Amjad in his remarks mentioned that a major part of sugarcane is crushed at farm level to produce gur, shakkar and brown sugar (khand). Khyber Pakhtunkhwa (KP) is a traditional gur making zone of the country. They just not only make Gur for domestic use but also export to Afghanistan for foreign exchange earnings. He further said that the farmer can earn 57% more profit by making gur than selling the sugarcane to sugar mill. At the end of his speech he said thanks to the audience and chief guest.

DG NARC, Dr Muhammad Azeem Khan said that sugar industry is the second largest agro based industry in Pakistan comprising 86 sugar mills, where over 50 million tons of sugarcane is crushed annually. The gur-making process has been an important cottage industry of Pakistan.

Senior Director (NARC), Dr Tanveer Ahmad said at the occasion that Agricultural and Biological Engineering Institute, (NARC) Islamabad has designed and developed a new version of farm level sugarcane crusher for gur making. The crusher consists of six (6) horizontal rollers powered by a 30-hp diesel engine. He explains to the formers that this crusher is mounted on a trolley for easy transportation from one field to the other.