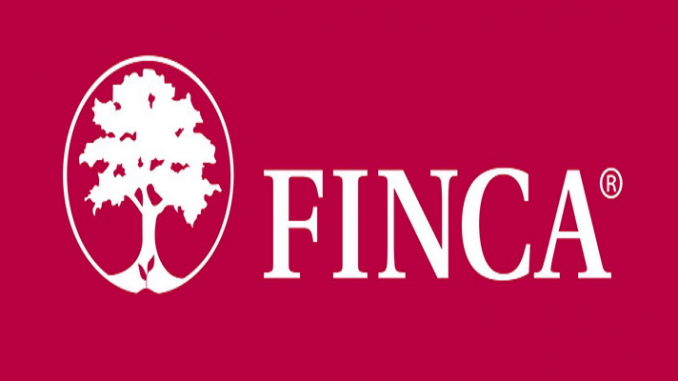 Microfinance model was introduced four decades ago with the hopes of revolutionizing lending. There were high hopes of uplifting the not-haves of the society. However, even in modern times there is a serious lack of opportunities for the unbanked population of the developing countries and even the banked ones have to go through multiple stages to be able to qualify for obtaining a loan. Globally, the microfinance model has only been able to gain 300 million customers in the past forty years. There is a whole untapped potential market, which if utilized properly by the microfinance banks can create a revolutionary impact on the world economy.

In Pakistan, conditions are no different. For starters there are only a few microfinance banks and are geographically limited in their operations. Even though the State Bank of Pakistan requires banks to open branches in unbanked areas, the geographical limitations remain the biggest barrier in bringing more people into the banked population category. Other measures by the Central Bank for banking facilitation, like basic banking account, and after 2005, Asaan account (simplified forms) have also been able to do little to assuage the problems in credit availability for the poor in the country.

Amidst such conditions, FINCA Microfinance Bank seems to have embarked on a new form of operations with aims of reaching the farthest corners of the country and creating a banking space for the unbanked.

FINCA’s partnership with FINJA, a FinTech company has also opened more doors to reach a wider range of people and play a part in the changing economic conditions of the country. Profit interviewed the Chief Operating Officer of FINCA Microfinance Bank, Shahid Kazi, for more details on the matter.

It is almost ironical that micro-financing is intended for the lower middle classes, while most of them are not even banked. How can we expect people to benefit from microfinance banking, is the question that arises.

Answering this, Shahid said that the primary challenge was to reach more people and get them into banking.  He also said that this was the area where the opportunity lied in Pakistan’s case. A significant population of the country lives below the poverty line which is most likely to benefit from micro financing. “The challenge is that with the traditional brick and mortar system only a limited number of people can be reached.” In his opinion a new model is necessary to surpass the geographical limitations.

Micro financing is supposed to serve all these needs of the customers.” However, to achieve the ability to serve all these purposes, micro finance bank, like commercial banks, need to fulfill Capital Adequacy Ratio (CAR) as set by the State Bank of Pakistan. “So even though micro financing is geared towards financial inclusion, we need to make profits to be able to fulfill CAR and provide other services.” This means that when it comes to operations, risk analysis and then profitability, micro finance banks are no different than their commercial counterparts.

Despite low operating rate on the lending side, micro finance banks aren’t any more restricted than commercial banks on the deposit side. The asset side of microfinance banks can only target those who don’t have access to credit or those whose needs are less than or equal to Rs 500,000, but there is no statutory limitation on the amount of the deposits that micro finance banks can have. This allows them room for obtaining high worth clients to fulfill their CAR requirements and therefore operating profitably.

Explaining how FINCA approaches its risk analysis, he said they follow a model in which their branches and officers identify potential areas and type of businesses and then they develop products for them accordingly. “We have a cash flows-based and the door-step approach and we want to be seen as a responsible institution. We also don’t want to overburden our customers in terms of deposits and the risk that is faced when those deposits are used to lend money. So we reach out through branches and 700 loan officers.”

Cash flow based lending model is the general risk assessment technique for FINCA. “We have skilled people that have been in this business for a long time, so they know how to operate in this market.” he also mentioned that since the model of micro financing is to enable people to earn more, so when the right people are provided money, their earning power increases and so does their capability to pay back the loan amount. “Our motive is to lend people so they can enhance their income so when that happens they obviously get to pay back.”

Shedding more light on the different types of products they have, he said, “We have a product for agriculture. For that we take into account crops, the input costs, risks etc. Looking at the GDP, 42% of the country’s workforce is in agriculture but they are contributing 19.8% (2015-16) to the total output. We are also active in SMEs as the bulk of the rest of the workforce GDP is in micro SMEs.”

Answering a question about the financial statements of the bank that show provisions going up, but bad debts going down, he said, “We have a robust recovery system. We are a responsible entity and we do not adopt any such practice that harms our clients but we do have a strict system of recovery.” He added that the bank had been growing steadily. “We operate in 94 cities, with a branch network of 105.”

We can now reach out to a large percentage of population.” In the past couple of years FINCA has extended loans to about 225,000 people, amounting to 23 billion rupees. While this success has allowed the bank to expand their operations and bring in more people to the credit recipients category, this has not made FINCA’s risk appetite to go beyond a rational limit. Shahid said, “Evaluating risk appetite depends on how you interpret risk. We are not taking extra risk because that means we are compromising on some principles of being a responsible institution and we might end up burdening our existing customers. So I believe that in our existing appetite, there is ample opportunity. And within that we can have a diverse portfolio that fits in with our objectives.”

SBP wants 50 million people added to banking in the next few years while for now there are only 4.5 million customers. He also said that there is still ample room for all the players in the market to grow, not just FINCA.

Regarding SBP’s role in promoting financial inclusion he said, “SBP has established an effective regulatory framework, so they deserve the praise for that but the potential of the sector as compared to where we are is still very wide.”

Talking about the recent growth experienced by the bank, he said, “The growth that has come is because of the base figures, the sector isn’t that old. Even a 100 percent growth wouldn’t be surprising. There are still challenges like lack of investment in HR, technology and processes for example but once these issues are addressed they will allow for even higher growth.”

“A lot is changing in a non-conventional way. Once upon a time we had Kodak reel with 36 pictures capacity and now every phone has a camera. The present time is digital. First youngsters endorsed technology and now parents are doing it too. So the opportunity we see in here is that in Pakistani banks there are very few people, but 39 million people have connections of 3G, 4G handsets.”n he explained.

Brick and mortar traditional ideology is not being completely eliminated but it is changing. So far banking has been serving the ‘need to borrow’ but now they can move on to other needs of financial inclusion as well.

He added, “The app is very easy. Few days back I was listening to BBC radio and they were talking about mobile phones.They installed tracking device on phones to see how many times one person checks his phone, some did it  60-70 times a day”

FINCA is among the few banks to have received the certificate for customer rights’ satisfaction. This means that they are open to facilitate the people who are scared to come to a bank because of the sort of treatment they might get. For that they hold  such session in 5-6 places each year.

Talking about the potential effects on the economy due to FinTech’s addition in FINJA’s operations, he said, “People saving in microfinance banks leads to capital creation in the economy and has spillover effects including employment because we lend it out to under-banked areas”.

FINCA has a mixed portfolio with operations in agriculture lending, rural, urban, and micro SMEs among others and is also globally focused on women empowerment and women inclusion.

On the competitors’ landscape,several factors are aiding them in remaining ahead of the curve. With and aim to digitize everything, improving time management FINCA is able to achieve better product development and as a result also consolidate the bank’s operations.

“If the customers come towards digital side, we will have the advantage before our competitors do because we have already started moving in that direction, and I see that happening in the near future. Furthermore, our platform Sim Sim is network agnostic, so it can be used on any mobile operator, any smartphone.” Currently the app is in pilot phase and is waiting for approval.

Talking about the future of the industry, Shahid said, “The perfect storm is there for digital banking as lots of good things are happening like SBP outlining a vision of serving 50 million customers by 2020 and microfinance banks have the potential to chase that. A lot need to be done from the country’s perspective. SMEs, micro SMEs and agriculture are the backbone of the country so it is important to work there.”

Currently SBP regulates microfinance banks by the maximum amount they can lend. Over time it has increased. Recently it was increased from Rs 300,000 to Rs 500,000 and the SBP is considering its revaluation again. So there will be more room to grow as the amount is increased. 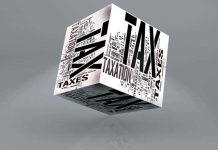 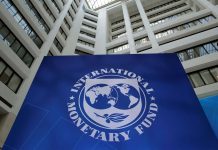 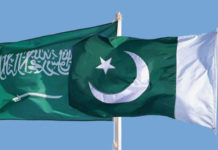