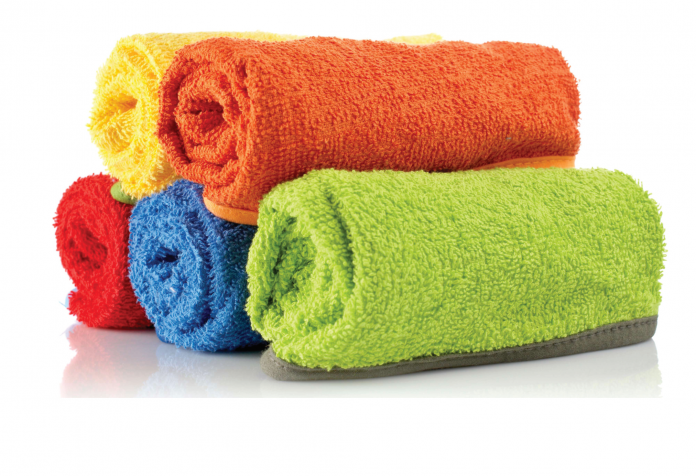 Pakistan’s textile exports have been falling at 3.5 per cent per year since fiscal 2013. Yet Feroze1888 Mills Limited has increased its sales – which emanates entirely from exports – by almost a half during the same period, courtesy vertically integrated operations that gives it a competitive advantage, says its financial chief.

“The company performs the entire process of spinning, weaving, cycling and stitching itself by using the state of the art machinery, rather than involving middlemen,” the company’s chief financial officer Imran Tola said while talking to Profit in an interview.

This, according to Tola, increases their profitability in an environment where very few competitors are vertically integrated.

Feroze Textile Mills is the local partner of the 1888 Mills, LLC of the United States, a leading manufacturer of home and commercial textiles catering to the retail, hospitality and healthcare markets worldwide. For the fiscal year ending June 30, 2016, the company earned Rs19.7 billion in sales, up 47 per cent from 13.5 billion it grossed in FY13. Its profit for the latest financial year was calculated at Rs3.8 billion.

Given its very small free float (less than 0.5%), the stock is not covered by market analysts who could comment on its strengths or weaknesses. However, the company’s CFO says the expansion has been funded through the company’s own retained operations and it has almost no debt on its balance sheet.

In 2010, Feroze Textiles Mills and 1888 Mills USA jointly acquired Nakshbandi Industries to expand their manufacturing operations, and later named it to Feroze1888 – the company has increased its earnings per share by 388 per cent since 2011 with its stock trading at Rs120 per share as on June 16, 2017.

“The stock price does not show the accurate position of the company,” Tola said – most of their shares are held by the sponsors and their relatives, leaving only 564,872 shares (free float) for the public to trade.

Talking about the company’s strength, Tola said, they were recognized by the American retail giant Walmart, earning “Supplier of the Year award in 2008 and the Execution Excellence award 2010”.

A look at their website suggests the company’s client list is not limited to just Wal-Mart. It has on its list the likes of Target, JC Penney, Sears, and Carrefour to name but a few.

Feroze Textiles began its operations in the late 1970s with a single weaving unit and today it is the leading manufacturer and exporter of specialized yarn and textile terry products in Pakistan. It enjoys four per cent share in the international market for terry towels (bath towels, bath robes, beach towels, and kitchen supplies) and accounts for almost a quarter of total terry towel exports from Pakistan with a monthly capacity to produce up to 4.5 million pounds of terry fabric.

The company exports almost all the articles it produces to international markets with little to no sale in Pakistan, thus its sales almost entirely comprises of exports.

“We have no plans to sell our product locally as prices here are very low; we earn huge profits by selling our stuff internationally,” Tola said. However, the company recently opened its doors to Pakistani buyers by opening up a factory outlet in SITE area Karachi.

Tola says, his company has little competition from local players in the export market as their main rivals are from countries like China, Vietnam, Bangladesh, India and Sri Lanka. In the same breath, he complains how lack of incentives given by the government hurt them in the international market, which is very competitive.

“Other countries provide their industries with major incentives while the Pakistani government does little besides dishing out hollow promises that are never fulfilled,” the CFO said.

In January 2017, the prime minister announced a Rs18,000 crore stimulus package aimed at textile exporters with an objective to grow Pakistan’s textile exports at over 10 per cent per annum to hit $20 billion by 2020. Under the package, sales tax, customs duty on import of textile machinery and cotton have been abolished. However, Tola doesn’t seem to be optimistic about such packages.

Citing the recent example, Tola said the prime minister abolished sales tax and customs duty on the import of textile machinery and cotton but on the other hand, the funds for disbursement of duty drawback to exporters against realization of export proceeds are yet to be released.

“We have not been able to claim duty drawback from the government as the funds for it are yet to be released,” says Tola.