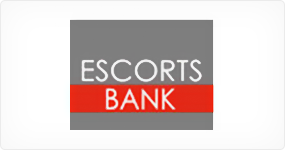 Karachi: Escort Investment Bank Limited and its brokerage house has been acquired for a paltry sum of Rs1 by real estate lynchpin Malik Riaz, owner of Bahria Town and various other business interests. A sales-purchase agreement (SPA) has been inked in this regard between the two institutions.

In a notification sent to the bourse on July 24th by the Manager to the offer (MTO) AKD Securities Ltd, the details of the SPA were released to the public. According to the notification, Bahria Town will be acquiring an 85pc stake in Escort Investment Bank Ltd and will buy 71pc of the sponsor shares of it at a price of Rs1 per share.

On May 3rd, it was announced that Bahria Town had been given the go-ahead to acquire 71.16pc stake including managerial control in the Escorts Investment Bank (EIB).

Malik Riaz, the owner of Bahria Town, had back then filed a fresh application to acquire 71 percent shares of Escorts Investment Bank in March 2017 after the primary regulator of capital markets, SECP had asked the Pakistan Stock Exchange (PSX) to “immediately rescind” the public notice issued on Feb 7, 2017 regarding the interest shown by Bahria Town in acquiring a majority stake in Escorts Investment Bank. The SECP had also directed AKD Securities not to publish Bahria Town’s intention to purchase the stake in the investment bank in newspapers.