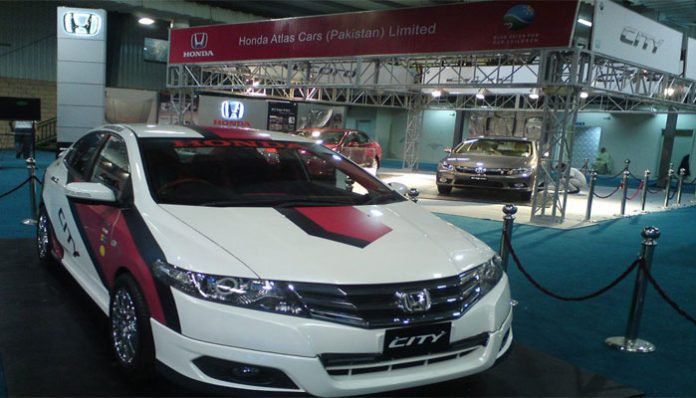 Karachi: In an earnings reporting day for Pakistan’s leading automobile manufacturers, Honda Atlas Cars also followed suit by recording a 99pc surge in profits on a year on year (YoY) basis reaching $2.09b for the quarter ended in June.

The company reported a staggering revenue growth of 100pc on a YoY basis reaching Rs 21.06b. This has been attributed to a 54pc rise in sales of Honda Civic. Its earnings per share (EPS) also registered an increase reaching Rs14.61 during April-June 2017 quarter.

Honda Atlas also announced a dividend of Rs4.18 per share after reporting its earnings. For the financial year ended in March 2017, the company generated revenues of Rs6.13b reporting a rise of 72pc on a YoY basis.

Its margins for the quarter under review were recorded at 14.20pc. According to a Taurus securities report was attributable to the depreciation of the Japanese yen against the rupee by 2.3pc which helped the gross-profit margin to rise on a quarter to quarter basis.