A touch of modernity reaps much higher returns 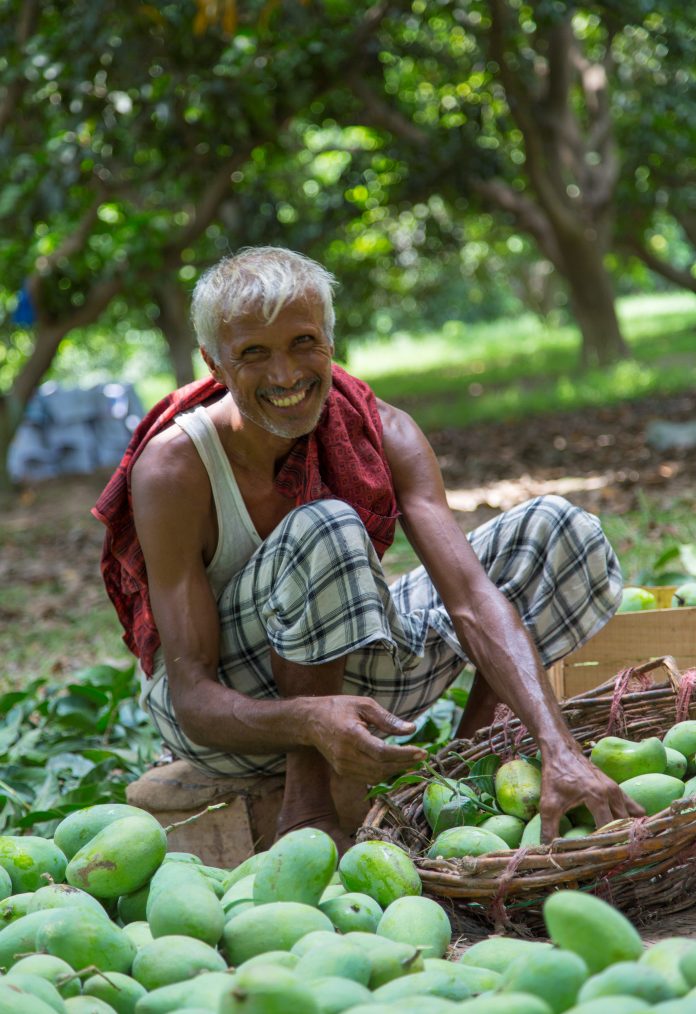 Frustrated with persistent decrease in the yield and productivity of his mango orchards, Malik Mazhar Hussain had some years ago started leasing them out. Some three years back he decided to start looking after the orchards himself when some experts from Nestle Pakistan approached him, convincing him to take full benefit of research by adopting the latest farming techniques in order to optimise productivity.

“I had developed these mango orchards some 15 years ago. But   I was singularly unable to get the results for my effort, despite putting in hard work and considerable investment. I was so dejected that I gave my land on lease – until Nestle Pakistan intervened and offered appropriate guidance,” said Mazhar, ensconced in his Jutt Sandhela Fruit Farm some 15 kilometres from Multan city on Muzaffargarh-Multan highway.

Talking to Profit, Mazhar said that at first he applied just one technique as a test of proficiency of the advice offered. The consequence was 10 to 15 percent increase in the yield.

Since this looked promising, the next season , I went the whole hog in implementing the advice of Nestle experts.

The upshot is, Mazhar says, that his income that season crossed Rs8 million – almost double to what he used to make previously from his 23-acre orchard. All this transpired owing to adhering to the best farm practices.

Initiated in 2014, the Nestle had envisaged it as a public-private partnership in collaboration with the Multan-based Mango Research Institute (MRI) in a bid to acquaint the mango growers of the Southern Punjab with the best farm practices.

“The Southern Punjab is known for its mango production, with Chaunsa by far the preferred variety for it produces the best quality pulp that would be helpful for our products especially Fruita Vitals,” said Ali Ashar Syed, Nestle Pakistan’s corporate manager external affairs.

“We have initially selected eight farms with 17 more to become part of this project within one month,” shared Ashar with Profit.

“To being with, the difficult part for us was to convince the farmers as they were not willing to forgo the ages-old cultivation techniques.

“The Team Nestle finally managed to break through the barriers, and now farmers by their hundreds are approaching us to acquaint them with the methods that we have introduced for they have already witness that it has worked for those who adopted these,” said Syed.

Qaiser Mehmood, the project manager of the initiative, divulged that the very first technique that the farmers were familiarised with was the importance of pruning. On how to trim the dead and diseased branches of the trees was demonstrated to them, along with acquainting them with its benefits – as it allows the sunlight to penetrate into the leaf canopy which is useful for the health of the tree.

“Yet another technique was the ring formation: one how different rings are made around the tree to save the stem from excessive watering. Still another was the importance of suitable timing with regard to spraying pesticide and insecticide etc,” he said.

According to Mazhar, the orchard owner, his field workers and tenants resisted in adopting these techniques, some even going to the extent of quitting the farm in protest.

But once convinced of the efficacy of modern methods, Mazhar overcame this obstacle, and now he is exporting his best quality mango to India.

Until now, Nestle itself does not benefit by procuring the pulp as the Small and Medium Enterprises Development Authority (SMEDA) – which fall under Ministry of Industry and Production – has monopoly over producing pulp.

To connect these Chaunsa farmers with different pulp units is also an objective of the Nestle Chaunsa Project.

The Chaunsa variety of mangoes will be exclusively used for Fruita Vitals while the traditional mango would be used for Nesfruta – a low-priced brand compared to Fruita Vitals, said Nestle’s Ashar Syed.

Talking to Profit, Dr Hameed-Ullah, director of MRI, said that there are hundreds of farmers in Multan and adjacent areas whose annual mango yield has increased manifold by simply applying the MRI’s research.

“The Nestle Pakistan gave us funds and confidence through its Chaunsa Project and we were always willing to facilitate the farmers in growing mango – the pride of South Punjab,” he said. The Pakistani soil is much better for mango production compared to India, as is evident from the fact that the average mango per hectare yield in India was 8 tons while Pakistan produced 10 tons. Pakistan’s share in world mango market is an admirable 6 percent.

“Until some years ago, only to assuage their pride and in order to show-off, the South Punjab farmers used to grow too many mango varieties. We exhorted them to shift their focus from that to maximising foreign exchange earnings by emphasizing on cultivating fewer but high-quality, high-yield varieties and now they are having better returns,” said Dr Hameed.

As of the annual mango yield, Dr Hameed said, that the total production data keeps fluctuating, and is highly dependant on weather conditions. In the fiscal 2015-16, Pakistan exported 128,000 tonnes of mango last year, ringing in $68 million. During the ongoing year, the production of mango is being estimated to decrease by 600,000 tonnes due to harsh weather conditions. Above 45 degrees Celsius temperature is hazardous as it severely causes injury to the fruit. This year, the sudden increase in temperature during the month of April was a severe setback as it seriously damaged the crop in the whole of South Punjab, he added.

The MRI, said Dr Hameed, imparts suitable information regarding the timing chain of fertilizers and sprays that can help farmers in getting maximum output by the end of the season. The MRI also provides SMS alert service to registered farmers to keep them updated with regard to the weather conditions.

“I recently visited China and according to my experience, China can emerge as our biggest mango export market. We may also organize some special mango-related events there keeping in view the ongoing China-Pakistan Economic Corridor,” said he.

The visit to Nawabpur – about 15km out of the Multan city – revealed that Nestle Pakistan is also trying to make small farmers a part of its value market for the . With only 8 acres, Imtiaz Hussain hardly used to make Rs0.5 million annually. Now he has quadrupled that to Rs2 million. Elaborating on what made the difference, Imtiaz said that he used to pluck the fruit following the traditional method and half of his mangoes were wasted in the procedure but then Nestle taught him a modern way of plucking. Imtiaz was carrying a long stick having a sharp blade and a net basket on the outer edge of the stick. He just touched the branch of the mango and it fell in the basket safely. “Another reason of my low yield was that I have been growing wheat and mango in the same orchard but then I was told by Nestle experts that it is extremely dangerous for both the products as water and sunlight requirements for each of them were entirely different,” he said.

Speaking to Profit, Waqar Ahmad, head of corporate affairs at Nestle Pakistan, said that it is not a time-bound project. It is just the beginning of a long-term commitment as the Nestle will keep on expanding its outreach to further buildup relations with farmers.

Mango, called ‘the King of Fruits’ has more than 1,500 varieties but about two dozen are grown on commercial basis worldwide. This being Pakistan’s second largest fruit crop, it is exported to over 50 countries, earning millions of dollars in foreign exchange.